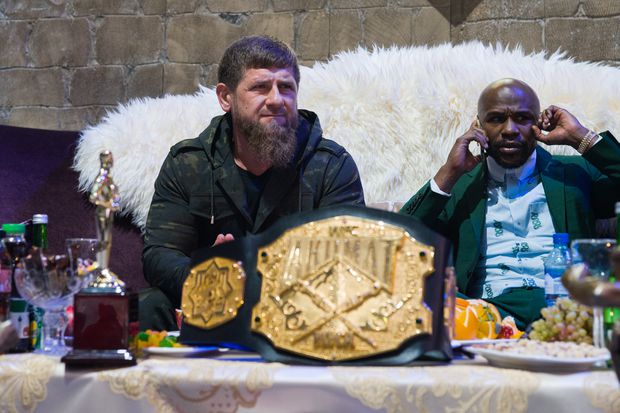 In the wake of Russia’s invasion of Ukraine, Absolute Championship Akhmat—a mixed martial arts organization owned and funded by Chechnya’s tyrannical leader Ramzan Kadyrov—has canceled all its international events in 2022.

Speaking to Tass.ru, ACA president Alexei Yatsenko revealed that the decision was taken in light of the ongoing “political situation.”

While Yatsenko did not provide any added details, it is believed that ACA’s abrupt decision was due to the ongoing war, the boycotts against Russian sports organizations, and the sanctions levied against ACA and its founder Kadyrov.

In December 2020, the U.S. Treasury’s Office of Foreign Assets Control (OFAC) issued its latest round of sanctions against Kadyrov for “serious violations of human rights.” The OFAC also sanctioned six companies that provide the Chechen tyrant “pride and profit,” including Kadyrov’s infamous Akhmat MMA fight club and ACA– a decision that held significant ramifications across the sport.

According to the OFAC, the sanctions’ implications extend to “all property and interests in property of the persons above that are in the United States or in the possession or control of U.S. persons are blocked and must be reported to OFAC. In addition, any entities that are owned, directly or indirectly, 50 percent or more by one or more blocked persons are also blocked.

Within a few weeks of the sanctions being issued, YouTube removed the Chechen dictator’s channels from its platform and blocked access to the Absolute Championship Akhmat (ACA) and Akhmat MMA channels due to their affiliation to Kadyrov.

Beyond the OFAC sanctions, the ongoing war in Ukraine has transformed Russia into a pariah in the sports world. Russia’s national and club soccer teams have been banned from international competition, including the 2022 World Cup qualifiers. UEFA also canceled its $45 million a year sponsorship deal with Gazprom, and moved the Champions League Final, which was due to play in Putin’s hometown of St. Petersburg, to Paris. The International Paralympic Committee also moved to bar athletes from Russia and Belarus on the eve of the Paralympic Games in Beijing.

Given that ACA is a state-funded sports entity run by a dictator currently contributing to Russia’s war in Ukraine, it is likely that the organization would not have been able to secure visas for its fighters, and would have struggled to find international partners willing to work with them in the foreseeable future.