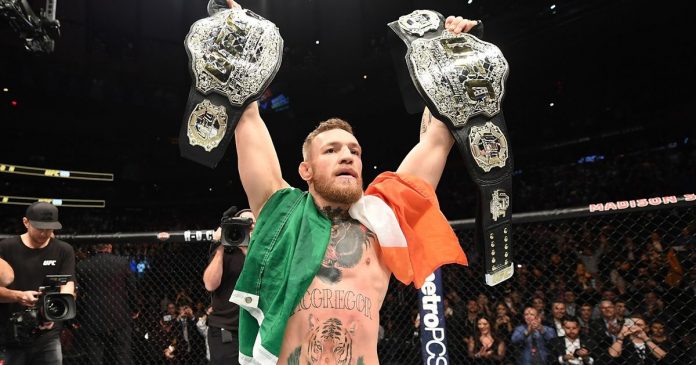 McGregor, 33, has not fought since suffering a horror leg break in the first round of his trilogy bout against Dustin Poirier, also 33, in July.

But the Irishman recently called to return in a title fight with welterweight champion Usman, 34.

“If it does happen, fair play to them both, I hope they both make a ton of money, but last time out Conor broke his leg, this time out he is gonna break his jaw.

“It’s as simple as that. Kamaru Usman will break Conor McGregor’s jaw.”

In 2016, McGregor became the first to hold two UFC titles at the same time, reigning as featherweight and lightweight champion.

And he wants another bit of history by claiming Usman’s welterweight strap which would make him the UFC’s only ever three-division champ.

But Bisping, the former UFC middleweight champ who retired in 2018, cast doubt over McGregor’s chances.

He said: “[Usman]’s a nightmare. For welterweight he’s absolutely gigantic first of all. He is incredibly strong. The wrestling is off the chain.

“Man can wrestle like crazy, you know. He would be able to take Conor down with no problem whatsoever.

“There wouldn’t be… it wouldn’t be a competition. He would pick him up, boom, slam him down on the canvas with absolute authority.

“Cardio wise, Kamaru has an advantage there.”