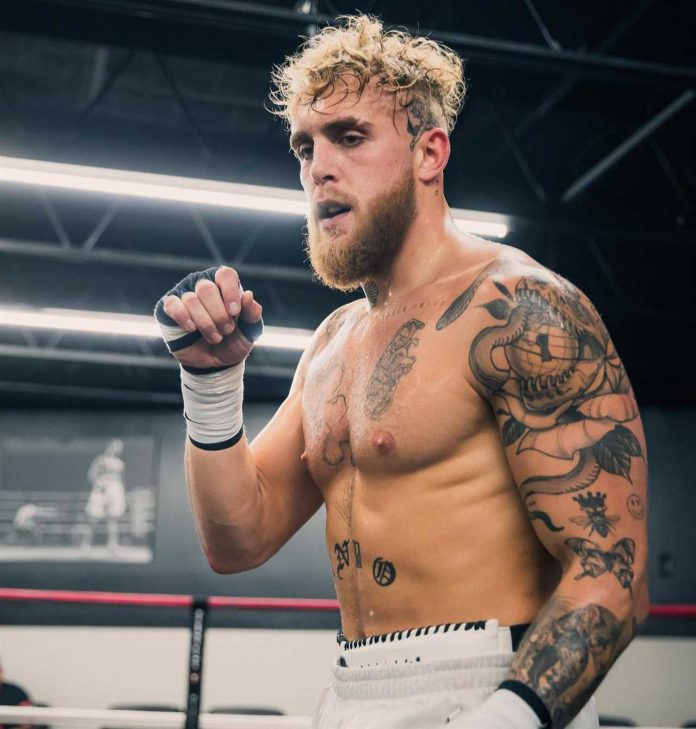 JAKE PAUL called Jorge Masvidal a ‘b****’ for ‘ambushing’ Colby Covington in their alleged steakhouse altercation.

It was only this month Covington beat his former friend-turned arch rival at UFC 272 in Las Vegas.

But it appears their beef was not settled – and allegedly carried on at the Papi Steak restaurant on Monday night in the Miami Beach district.

According to TMZ, the incident took place after Covington, 34, had dinner with YouTube group The Nelk Boys.

Masvidal, 37, is reported to have landed two punches and fractured two of his rival’s teeth – leaving him accused of felony battery.

The alleged assault was slammed by YouTuber-turned prizefighting star Paul, 25.

He tweeted: “Masvidal is a b**** for ambushing Colby. Couldn’t hurt him in the cage so try to blindside him?”

Masvidal floored Covington in round four of their grudge match but was largely dominated over the rest of the fight.

It looked to have ended years of trash talk and feuding – but this week’s alleged incident suggests otherwise.

In footage obtained by TMZ, Covington is heard saying: “He’s over here swinging, trying to come at me, and I ran. How would he know I’m here?”

Breaking his silence, Masvidal said in an Instagram video: “Call this the show your face challenge, you know?

“What’s up, I’m from Dade County. You talk that shit, you gotta back it up. That’s how my city rolls man.”

Masvidal’s manager Malki Kawa tweeted: “I’m hearing that a someone not from miami who says he’s the king of it is missing a tooth.

“Can someone confirm this? I need the video asap.”

After losing to Covington, Masvidal warned an attack could be imminent.

He said: “If I see him out in the streets, I’m going to give him everything I’ve got to break his f***ing jaw.”

Masvidal has not been formally charged at this time, according to ESPN.