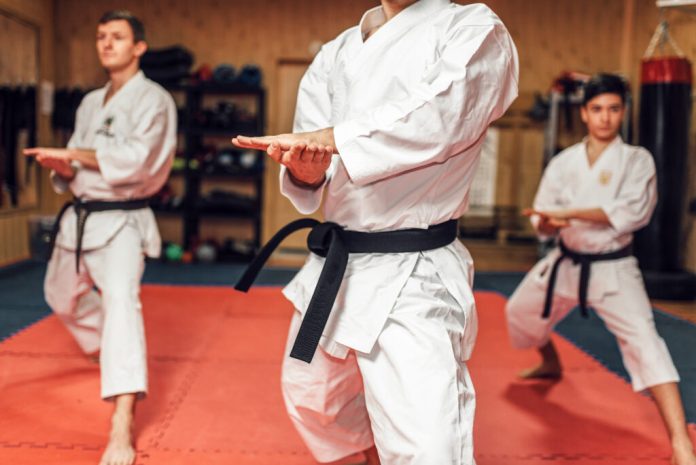 Improve Your Martial Arts Training With Knowledge From Outside

Seek wisdom from other sources to better understand your art.

A fellow who used to come to the dojo, one who was very taken with the spiritual aspects he saw in karate, once said that it was OK for him to miss training because he was practicing karate even when he played the guitar.

We were patient with the guy, though he was the butt of some jokes when he wasn’t around — no doubt polishing his reverse punch by twanging the chords of “Stairway to Heaven.” We weren’t that surprised when he quit.

Much has been published about how following a martial art will and should pervade other areas of your life. This has led to some silliness, such as believing that just because you strive to approach it with the same intent and feeling, playing a guitar is the same as sparring.

The fact that your balance, improved through karate, allowed you to cross the swift current of a river while swimming last weekend doesn’t mean a weekend playing in the river will improve your karate.

The same notion of transference has been applied to all the traditional do of Japan: budo,shodo (calligraphy), kado (flower arranging) and chado (tea ceremony). While they’re similar at their core, we must be careful not to draw far-fetched conclusions.

There’s a famous story about a master of the tea ceremony who inadvertently insulted a samurai and was challenged to a duel. In desperation, he went to an expert swordsman, who told him, “Make tea for me.” The tea master performed the ritual as if it was his last — which it might have been.

“Approach the duel with the same spirit in which you made that tea,” the swordsman said.

You can guess what happened. The tea master appeared for the duel, calm and composed, filled with the spirit of the tea ceremony, and the samurai lost courage and fled.

It’s a great story that makes a worthy point, but in reality, the tea master would’ve died. Spirit is wonderful, but it can’t replace technical skill. Want to become good at karate? Practice karate.

It’s foolish to believe that a sword expert could pick up a brush and automatically be a competent calligrapher or that an expert in flower arranging could perform a great katajust because their arts share a spirit with karate.

It would be equally ignorant to dismiss the parallels between Japan’s traditional do. Sometimes it takes an outsider’s perspective to shed light on what we do.

Sen Soshitsu XIV was the headmaster of the Urasenke style of the tea ceremony. He steered the ryu during the critical years from 1924 to 1964, when Japan emerged as a world power and was subsequently crushed during the second World War, only to be rebuilt into a modem nation.

“To those aspiring to follow the way of tea, guard against jealousy. Placing yourself at the center of things, envying or tempting others — these are unpardonable. Know your duty and immerse yourself daily in the way of tea, and you will find contentment. The more you look up to others, the clearer your own position in relation to them will be.

“Whenever something bad happens, people try to make themselves look as good as possible. But if we remember the humility of the host in the tearoom, someone who knows the spiritual taste of tea, then this constant craving of power for its own sake will be seen for what it is.

“Know what you know and know what you don’t know, for only then will the limits of your strength become evident. To attain spiritual power, seize the chance when it offers itself; devote yourself to study and practice.

“In life are many who feign knowledge and lead others astray. No action can be more reprehensible. The way is never exclusive. It is open to all to follow, but those who set out upon the path perforce need the way of those who have passed that way before.”

Did this master offer anything of value to karateka? He did practice the martial arts, namely judo and kendo, back when they were closer to combat than to sports. He was a powerful man, but he never did karate. He practiced the tea ceremony all day long.

He probably couldn’t shatter boards with his tea scoop or use it for self-defense, so one might mistakenly conclude that he couldn’t offer anything worthwhile to the education of a karateka.

Placing yourself at the center of things, being jealous of others, trying to look good when things go wrong — he was addressing these flaws in chadoka, not karateka.

When he advises us to remember the importance of humility and avoid craving power, it was meant to be applied in the tea hut, not the dojo.

Knowing how much you don’t know in order to appreciate and expand the limits of your own strength — surely there isn’t a lesson in those words for the karate student.

And those who fake knowledge and in doing so lead others astray? That’s a problem exclusive to the tea ceremony, surely not something we have to guard against in karate. Right. …

Maybe there are so many lessons to be learned in the dojo that we don’t need to investigate other ways or listen to the words of those who have pursued those ways.

Maybe, though, if we broaden our views on following a way, we’ll see that others who are on different paths might lead us more deeply into and further along our own.

Improve Your Martial Arts Training With Knowledge From Outside (blackbeltmag.com)