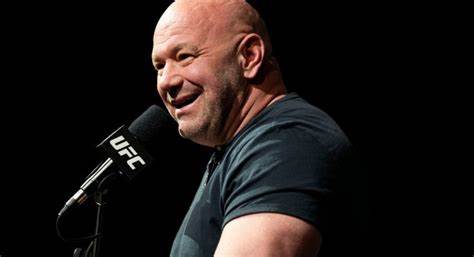 Since 2012, the UFC has been going after illegal streamers of its events. In 2014, the organization was able to successfully track down a supposed pirate and sue the individual for $12,000.

Almost a full decade later, the UFC remains ardent in its anti-piracy campaign. But according to Dana White, it didn’t come without repercussions.

The UFC president was a guest in a recent episode of Logan Paul’s Impaulsive podcast where he shared some of his experiences dealing with alleged illegal streamers.

“We caught a lot of people and prosecuted people for it. It’s a whole ‘nother f—ng ballgame. (One) guy’s calling me up, crying, begging me not to do it. And these were guys that were doing it in bars. Their bars were stealing,” he said.

According to White, things nearly got ugly and potentially fatal during one of his trips to Memphis.

“This is a true story. (We were in) Memphis, Tennessee, and we were doing Lookin’ For a Fight,” White recounted. “We were doing this wrestling thing and apparently, a guy on that street, I put his bar out of business. And they were threatening that if I walked out, they were gonna shoot me.

“If I walked out and did this f—ng skit we’re gonna do for Lookin’ For a Fight, they were gonna shoot me.”

White says the UFC spends “millions of dollars a year” for their anti-piracy efforts. And while he recognizes the difficulty considering how “kids are way ahead” of the game, he says getting caught is still not worth the risk.

“The kids are way ahead of it. You have to be persistent, and you really have to go after people. You can put that thing on the f—ng TV that says ‘If you get caught pirating this event…’ it’s a different story when you f—ng get caught.”

We can likely expect illegal streaming to remain prevalent, given the new PPV price hike at the beginning of the year. White, however, argues they shouldn’t be blamed for that third increase.