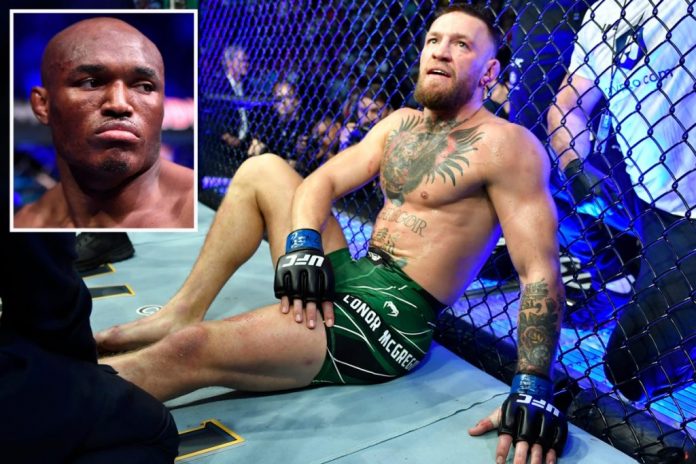 KAMARU USMAN said Conor McGregor’s ‘hustle is not the same’ and has ‘demons that he is fighting’.

The Irishman was once the first-ever two-weight UFC champion but is now without a win in two years, losing three of his last four.

McGregor also promised fans ‘complete abstention’ from his Proper 12 whiskey and stout beer after rambling Instagram posts from his pub.

And UFC champion Usman fears the sport’s highest-paid fighter can no longer have the same motivation that first led him to gold.

He said on Club Shay Shay: “The hustle is not the same if you are sleeping on silk sheets.

“So with him I don’t know why he isn’t as successful, maybe he has a lot of things going on.

“He has his demons that he is fighting, but I am not going to kick a man while he is down.

“That is the thing about this sport, you have to be honest with yourself.

“That is being able to mix it up together.”

The pair have bone back and forth in recent times leading Usman to publicly challenge the Irishman in 2020.

He would instead defend his belt against Jorge Masvidal, 37, and accused McGregor, 33, of giving him the silent treatment.

Usman, 34, added: “I would not fight Khabib. Khabib is like my brother, I see no interest in that.

“Conor, absolutely. So one time, before I fought Masvidal, he was tweeting a lot.

“I said, ‘Here’s your chance. If you pick up the phone right now and called the UFC, they ain’t going to say no to you to challenging for the belt.’

“Then, he was quiet. And then the next week he started calling out Anderson Silva, retired fighters, and things like that.

“So would I fight Conor? The offer is there.”

‘The hustle is not the same’ – UFC champion Kamaru Usman fears Conor McGregor has ‘demons that he is fighting’ (thesun.co.uk)