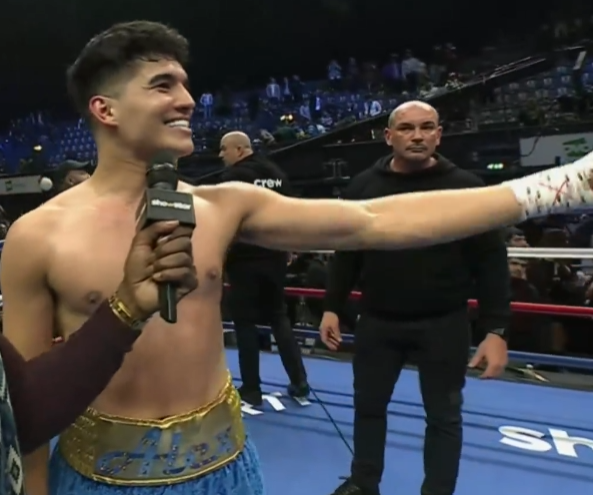 YouTube star Deji breaks silence after loss to Alex Wassabi as KSI’s brother says ‘the journey ends, when I say it ends’

YOUTUBER Deji has broken his silence after defeat to Alex Wassabi and said: ‘The journey ends, when I say it ends’.

The Londoner – known for being the brother of KSI – was beaten over five rounds by American Wassabi.

He had vowed to hang up the gloves for good if he suffered defeat to Wassabi, 31.

But it appears Deji is refusing to give up as he spoke out for the first time since going 0-3 in the ring.

He posted on Instagram: “The journey ends, when I say it ends.”

Deji was met with cheers both before and after the loss and told his fans: “If you guys want me to fight again, I’ll show you what I can do.”

He further added in a tweet: “Thank you guys for supporting me and I’m sorry, but nothing will keep me down.”

Wassabi boxed for the first time and confirmed he will fight again.

“These people love their people and they showed it; I didn’t hear my name once.

“Deji, I just wanted to compete and if it wasn’t for you that dream wouldn’t have come true.

“I want to get back in. I don’t know when the next YouTube event is.”

The pair then shook hands on a rematch, meaning fourth time could be the charm for Deji.

YouTube star Deji breaks silence after loss to Alex Wassabi as KSI’s brother says ‘the journey ends, when I say it ends’ (thesun.co.uk)