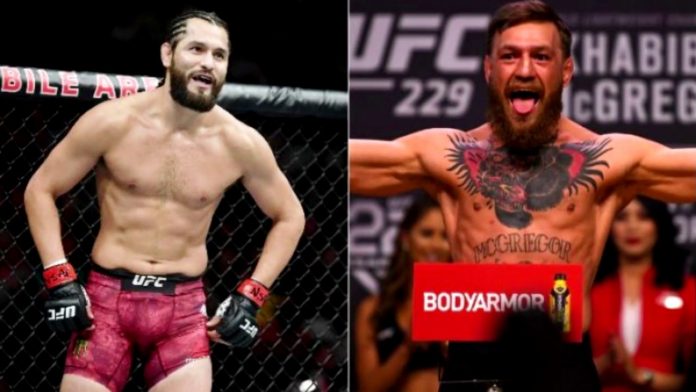 JAKE PAUL reckons Conor McGregor against Jorge Masvidal is the ‘right fight to make’ after UFC 272 as they ‘both have weak chins’.

Masvidal suffered defeat to bitter nemesis Colby Covington in Las Vegas, almost a year after being knocked out by UFC champion Kamaru Usman.

The welterweight contender signed a lucrative new UFC contract before the grudge match but his next fight now remains unclear.

YouTuber Paul named McGregor – who was knocked out by Dustin Poirier last year – as the perfect opponent.

It comes amid rumours the Irishman, 33, is in talks for a trilogy bout against Nate Diaz, 36.

“Both can throw and both have weak chins.”

Paul, who is 5-0 as a boxer, has called out the two UFC superstars before but looks unlikely to fight either any time soon.

UFC president Dana White admitted he does not know what is next for Masvidal, or Covington, who beat his former friend-turned rival on points.

White said: “I don’t know, that’s a good question. We knew tonight, whoever lost, ‘What would be next?’ and ‘Where would they go?’

“And I don’t know, sitting right here, right now, I don’t know. On either one of them, even Colby, who won.”

Masvidal’s new contract makes him one of the highest-paid UFC fighters currently.

But White revealed they did not have a plan for the American when agreeing the deal.

He said: “We don’t think that far ahead.

“We sign the kid and you never know what the hell – it’s like you guys will ask me every f***ing press conference what’s gonna happen after this?

“I don’t know. I have to see how the fight plays out. What kind of a fight is it, how did it go?

“And then I decide with the team what’s gonna happen next.”

Jake Paul says Conor McGregor vs Jorge Masvidal is ‘right fight to make’ after UFC 272 as rivals ‘both have weak chins’ (thesun.co.uk)