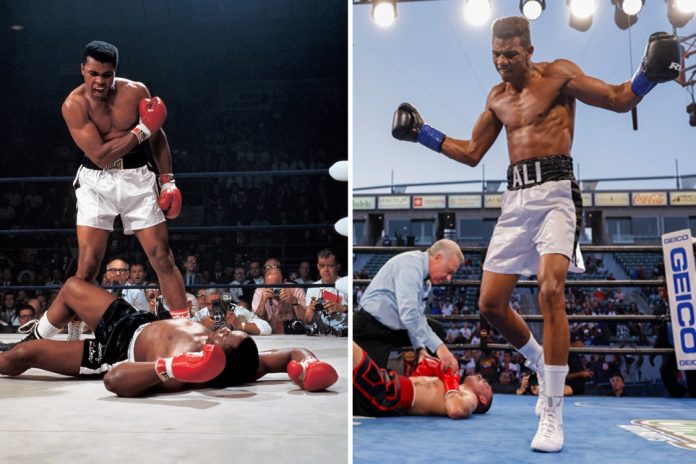 MICHEL RIVERA is the boxer trying to bring a bit of Muhammad Ali back to the sport.

The fighter, 23, secured a spectacular KO victory in July last year – and dressed as Ali for the occasion.

The lightweight contender dressed in the same iconic white and black shorts when he floored Jon Fernandez.

He even recreated the celebration Ali put on when he KO’d Sonny Liston in 1965.

That has gone on to be immortalised on posters and other memorabilia.

Rivera has the same haircut as his hero, and even wants to be known by the nickname ‘Ali’.

Speaking previously to Boxing Scene, he said: “Everyone around me claims that I resemble a young Cassius Clay, who of course became Muhammad Ali.

“My coach [German Caicedo] always told me that from day one and it just stuck.”