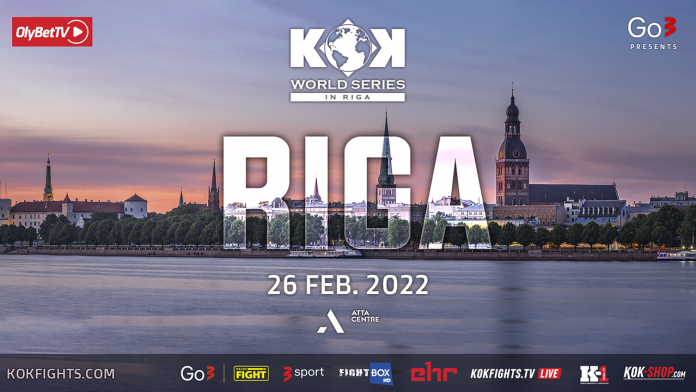 OlyBet TV presents KOK’98 WORLD SERIES  event which will be held at ATTA Centre in Riga, the 26th of February 2022.

KOK is a contest of punching and kicking, defeating an opponent using the most elemental fighting techniques. The rules are deliberately simple and designed for maximum excitement, encouraging the fighters to always go directly for a knockout win. This is an approach that brings thrilling matches guaranteed to please the audience.

The KOK’98 WORLD SERIES event will be televised in over 100 countries live worldwide.

The promotion is planning a big night of fights for the event.  Eleven bouts are scheduled for this event, the fights will happen for ratings.

Viewers of this tournament will be able to enjoy the performances of the best fighters in the country.