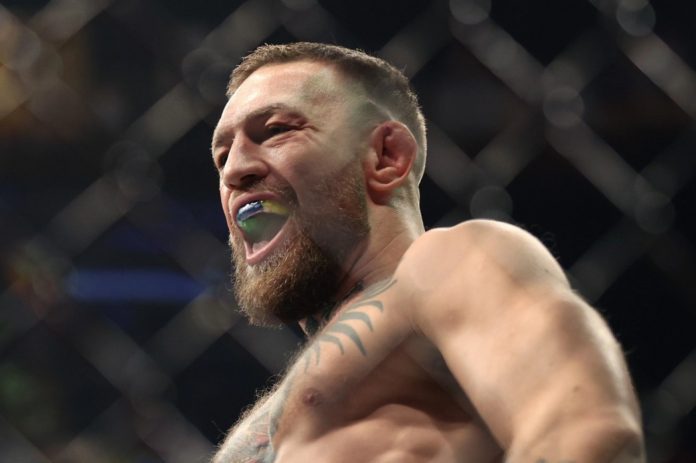 CONOR MCGREGOR will be back in action this year – but he’s unlikely to return to the octagon by the summer.

The UFC’s poster boy is still on the sidelines recovering from the horrific broken leg he suffered in his trilogy fight with Dustin Poirier last July.

McGregor’s faster-than-anticipated recovery had seemingly paved the way for a summer return, but co-manager Tim Simpson doesn’t think that will be the case.

During an appearance on The MMA Hour, Paradigm Sports Senior VP Tim Simpson said: “I don’t think it will be in the summer but it will definitely be some stage this year.

“Maybe we see when the lightweight title fight happens and go then.

“He will fight this year and it is a credit to him, he has no real reason to fight other than the fact he wants to and that is impressive.”

Despite acquiring generational wealth in the last five years, McGregor, 33, is still as motivated as ever to prove he’s the best in the world.

And Simpson believes that burning desire to compete is a testament to the Irishman’s character.

The Aussie said: “He doesn’t need to come back, the fact he is who he is and what he has achieved financially and athletically.

“After that injury it was like, ‘Now might be the time’. But he wants to fight again which to me is baffling and says a lot about him.”

McGregor has not only used his time on the sidelines to rehab his leg, he’s also pumped plenty of iron.

The Dubliner’s heavy lifting programme has seen him bulk up to 86kg and earned him four visits from the United States Anti-Doping Agency.

But Team McGregor have no concerns about Mystic Mac’s ability to shed the extra muscle mass.

Head coach John Kavanagh recently told Fox Sports: “I don’t think it will be all that difficult, to be honest.

“He has made some pretty dramatic weight cuts in the past.

“155lbs seems to suit his frame, at the moment yeah light-heavyweight he is more suited towards but by the summertime when he is ready to return, the weight will be back down again.

“The physical stage of recovery is pretty much complete now, you have seen your posts himself.

“He has been enjoying himself over Christmas but he is ready to get back to that serious side of training and get ready for another contest.”

Conor McGregor ‘will fight this year’ but manager says blockbuster UFC return likely will NOT ‘be in the summer’ (thesun.co.uk)