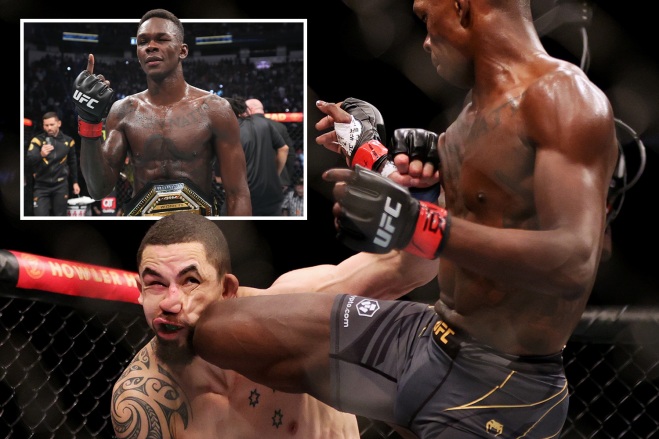 Adesanya renewed his rivalry with his fellow fan favourite early on Sunday morning in the main event of UFC 271 in Houston, Texas.

But he failed to slay The Reaper in even more emphatic fashion second time around, instead having to settle for a unanimous decision victory courtesy of 47, 48-47, 49-46 scorecards.

Adesanya has now set his sights on a summer clash with Jared Cannonier, who brutally knocked out Derek Brunson earlier on the main card.

“And I know the other dog in the yard did some work tonight. So, yeah, I’m p***ing in this cage next in June. Watch me.”

Kiwi Adesanya immediately took the centre of the octagon after referee Herb Dean commenced the bout and threw a couple of naked inside low kicks before switching stances.