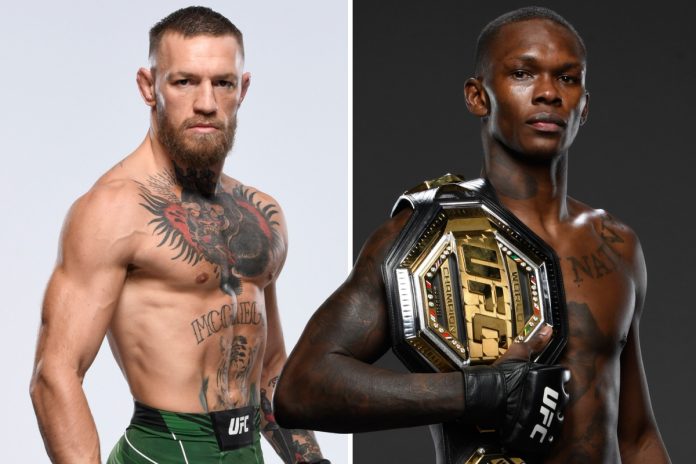 ISRAEL ADESANYA’S new UFC deal has made him one of the promotion’s top earners.

The dominant middleweight champion penned a new ‘multi-fight’ deal with the MMA leader earlier this week.

An excerpt of a press release from The Last Stylebender’s management read: “One of the most lucrative multi-fight deals in company history.

“Adesanya, as a result of this deal, will be one of the top paid athletes in the history of mixed martial arts.”

The precise value of Adesanya’s deal won’t be known until he fights in a state that requires the UFC to disclose fighter purses.

But the Nigerian-born Kiwi is over the moon with his new pay packet, which he insists won’t change his mentality.

“And Eugene [Bareman] (Adesanya’s coach) was ecstatic, you see even he got emotional. And Tim [Simpson] (Adesanya’s manager) [felt] the same way.

“But I was kind of like, ‘It hasn’t hit me yet.’ Because if I this was about money, I would’ve bounced. I would’ve done this maybe three fights ago, to be honest.

“Because I’m kind of set. I have one of the smartest men with money behind me and he’s helping me flip money the smart way.

But his new guaranteed purses are understood to be significantly larger than what he was pocketing on his previous deal.

Adesanya’s new deal has likely made him the UFC’s second-biggest earner behind the promotion’s poster boy, Conor McGregor.

MMA mogul McGregor’s last disclosed purse was a whopping £2.2m, which he pocketed for his UFC 246 demolition of Donald Cerrone.

But the Irishman’s purse was significantly topped up by his cut of pay-per-view sales.

Adesanya – who has the same management as The Notorious – will likely have the same agreement in place with the MMA leader.

Adesanya will be back in action early on Sunday morning in the main event of UFC 271 in Houston, Texas, where he’ll rematch rival Robert Whittaker.