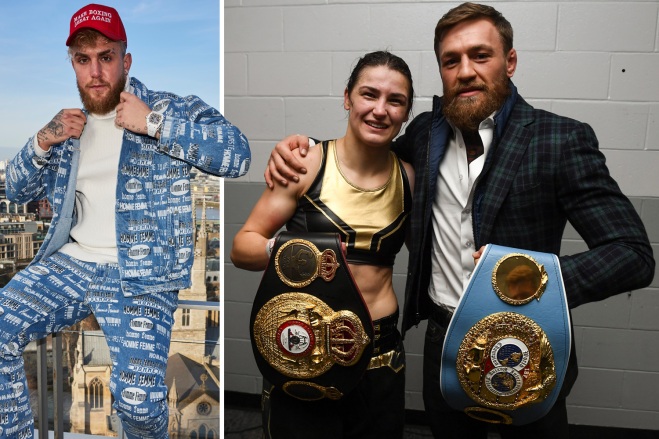 CONOR McGREGOR has not asked compatriot Katie Taylor to chin nemesis Jake Paul on his behalf.

The UFC legend, 33, is involved in a bitter war of words with the 25-year-old American YouTube sensation over a potential silly-money fight that has turned a bit sinister.

Paul posted a $50million fight-offer video to McGregor in December 2020 but also called him an ‘Irish c***’ and insulted his wife Dee.

And Taylor confirmed McGregor – who has attended a handful of her fights – has not been in touch to call in a favour while she is in range of the controversial superstar.

She said: “Me and Amanda come from small countries that are very proud to punch above our weight in the ring.

“I come proudly from a path that has been walked by Wayne McCulloch, Barry McGuigan, Steve Collins and Carl Frampton and she has legends like Miguel Cotto and Felix Trinidad.

“We bring all our heritage and fighting pride and it will feel like our whole countries are in New York.”

When reminded of Conor’s war of words with Paul and asked if things might get heated, the ice-cool diplomat laughed: “No, they don’t get on.

“But he hasn’t been telling me to chin him.”

Katie Taylor opens up on Conor McGregor and Jake Paul row but insists she WON’T be ‘chinning’ YouTuber for Irish pal (thesun.co.uk)