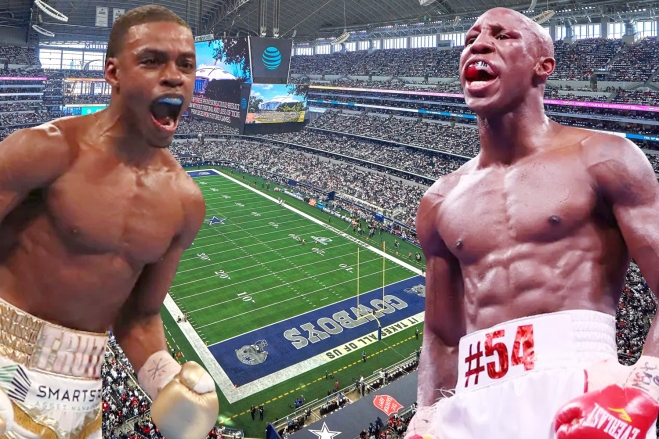 Spence was set to face boxing legend Manny Pacquiao in August before pulling out with a torn retina suffered during sparring.

The unbeaten American then required surgery on the gruesome injury but has since returned to training.

Ugas was elevated from the undercard in replacement of Spence and stunned 43-year-old Pacquiao – who later retired after the upset loss.

According to The Dallas Morning News, the Cuban is in talks to unify his WBA belt with Spence’s WBC and IBF world title versions in two months time.

Ugas, 35, had requested the three-belt 147lb unification but was instead ordered to face mandatory challenger Eimantas Stanionis.

It infuriated the 2008 Olympian, who hit out at the WBA for prohibiting his pursuit of a unification bout.

Shortly after however, Stanionis agreed to step aside and instead fight Radzhab Butaev.

And that fight is set to feature on Spence’s pay-per-view title fight with Ugas, who confirmed talks were progressing.

In an interview with SunSport, he said: “My team and I are working on a gameplan, and you’ll see it when we’re in the ring.

“I have the best team in boxing that supports me every day and no one works harder than us.

“It cements my legacy in the sport and puts my name with all the other great Cuban and welterweight fighters in the history books.”