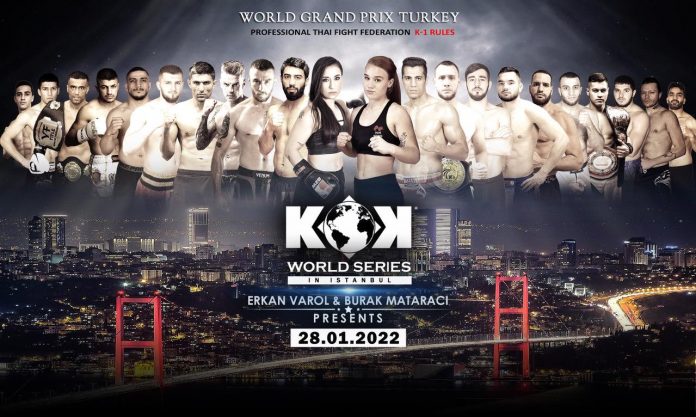 King of Kings kicked off 2022 with a massive event in Istanbul, Turkey which featured a KOK Interim Lightweight Title fight in which Masoud Mineai scored a stunning head kick knockout of Elkan Aliyev. Capturing the title means he has earned the right to face KOK World Lightweight Champion Mindaugas Narauskas. The event is being called the biggest kickboxing event in Turkish history and also played host to several Hollywood film stars, Turkish celebrities and there was also a live musical performance by Willy William who sang his hit song “Ego”. Full results for the evening can be found below.