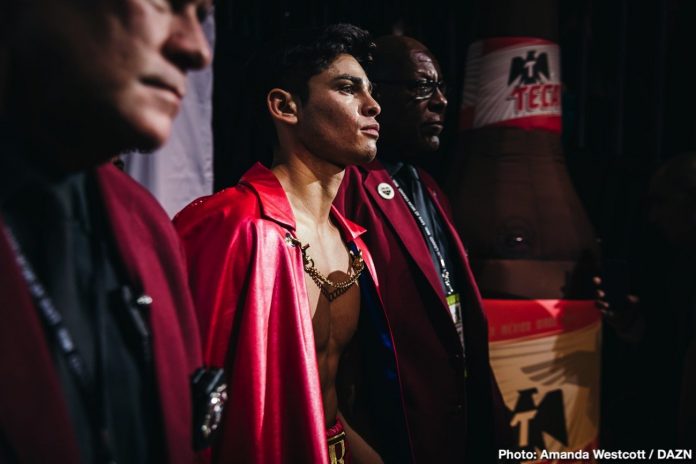 If Ryan isn’t going to fight the second-tier fighters Gesta or Rodiguez, he needs to fight a quality opponent in April. At this point, it would be a bad career move for Ryan to take a tune-up because he needs to show the doubters that he’s a real boxer. Fans see Ryan as Instagram/YouTuber.

This is good news that the Golden Boy Promotions flagship fighter Ryan isn’t fighting either of those guys because boxing fans want to see him face Isaac ‘Pitbull’ Cruz as he’d talked about.

Ryan needs to stay with the Pitbull Cruz fight, even if it means he ends up taking the first loss of his career.

The number of times that Ryan has backed out or changed his mind about fighting different high-caliber opponents is too high for him to be taken seriously any longer.

Many fans now view Ryan as just a guy that puts together clips of him hitting a bag in a gym or garage, and it looks like that’s all he does.

Instead of fighting, Ryan hits bags and then posts the videos on Youtube to get views. Ryan needs to break out of that by fighting and leaving the social media posting for YouTuber boxers like Jake Paul and his brother.

After a disappointing 2021 in which Ryan failed to fight FIVE top-flight fighters he’s talked of facing, the fans would want to see him stick with it and get to the ring for a change.

Earlier this week, Ryan Garcia’s promoter Oscar De La Hoya, said that Pitbull Cruz had turned down a lucrative offer for a fight with King Ry.

However, Cruz’s promoter Sean Gibbons reacted right away to De La Hoya’s post by saying that he was spreading falsehoods. He suggested that Ryan call him to start working on a deal. Whether that’s happening is unknown.

Ryan must fight an excellent lightweight contender to show the boxing fans he’s an elite 135-pounders. Regarding notable opposition, Ryan has only fought Luke Campbell, and he didn’t look that good against him.

If Ryan or Golden Boy don’t want him fighting Isaac Cruz, he should fight one of these contenders:

It would be better if Ryan fought Isaac Cruz, though, because he’s perceived to be better than those fighters, and there would be a lot to gain in fighting him.