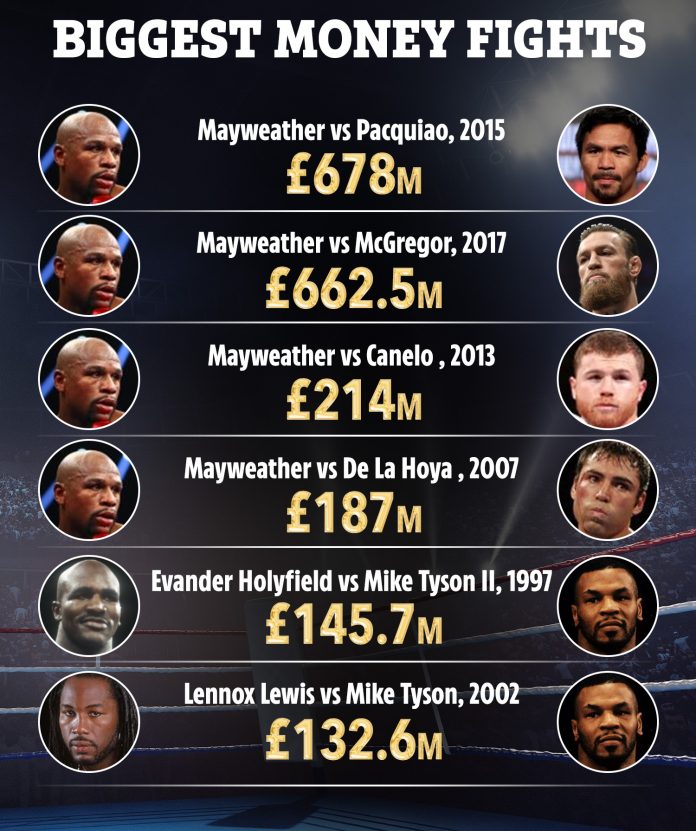 FLOYD MAYWEATHER has well and truly lived up to his ‘Money’ nickname by dominating the list of highest earning boxing fights of all time.

The pay-per-view king divided opinions throughout his 50-0 career but always delivered results in the ring – both in terms of performance and pay cheque.

And here, SunSport runs down the most lucrative fights of all time.

Dubbed ‘Fight of The Century’, fans’ five-year wait for the two pound-for-pound kings to meet finally ended in 2015.

Unfortunately, despite the longwinded build-up the bout did not deliver in terms of excitement – but did so in revenue.https://imasdk.googleapis.com/js/core/bridge3.495.1_en.html#goog_538434600

But yet again Money came out on top with a points decision and laughed all the way to the bank as the fight broke a then PPV record with 2.2m sales and £120m in revenue.