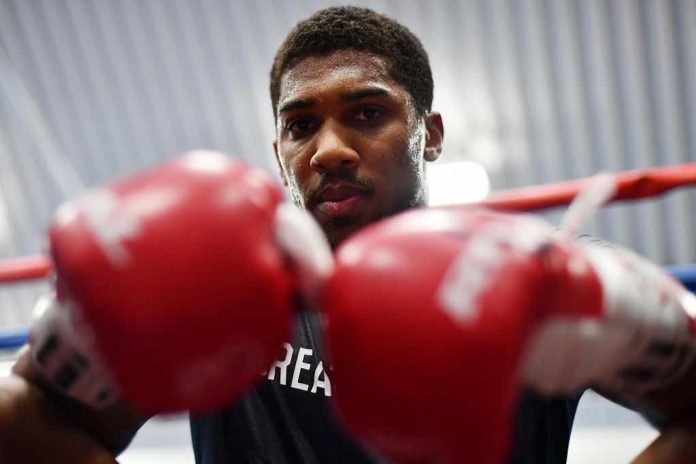 ANTHONY JOSHUA confirmed he will ‘work with some good coaches’ in a ‘new environment’ before his WAR with Oleksandr Usyk.

Joshua was left questioning his training team after defeat over 12 rounds to Usyk in September.

Following the loss, AJ spent time in America visiting several gyms and coaches, ahead of his contracted rematch with the Ukrainian this year.

Joshua has appeared to suggest he will switch up his training squad or base, having first consulted Rob McCracken.

He said in a Dubai interview: “I’m a loyal character. I believe loyalty’s important.

“I’ve been based in Sheffield and had a good chat with my coach and I wanna try some new things, I wanna try a new environment.

Joshua continued: “That’s what 2022 holds for me – revamping, reorganising, new environment and staying at the top.

“New environment, work with some good coaches and just go to war. It’s a warrior mindset.”

Joshua is yet to reveal whether head coach McCracken will be replaced, or work alongside another cornerman.

He has guided AJ to gold in the 2012 London Olympics and two unified heavyweight titles in the professional ranks.

He did add Angel Fernandez and Joby Clayton to his team six months later, winning on points.

But AJ admitted defeat to Usyk, 34, this time around was different – but is motivated to exact revenge for a second time.

Joshua told Sky Sports: “When I lost the first time, I never made no excuses, but I had my reasons and I knew I would get it back.

“But this one hurt because I was 100 per cent, no problems, everything was cool.

“I went in there and I just lost to the better man that night and it hurt.

“But it gave me motivation to pull myself out of that position where mentally it killed me. And I fought my way back and I’ll redeem myself.”

‘Go to war’ – Anthony Joshua will ‘work with some good coaches’ in a ‘new environment’ before Oleksandr Usyk rematch (thesun.co.uk)