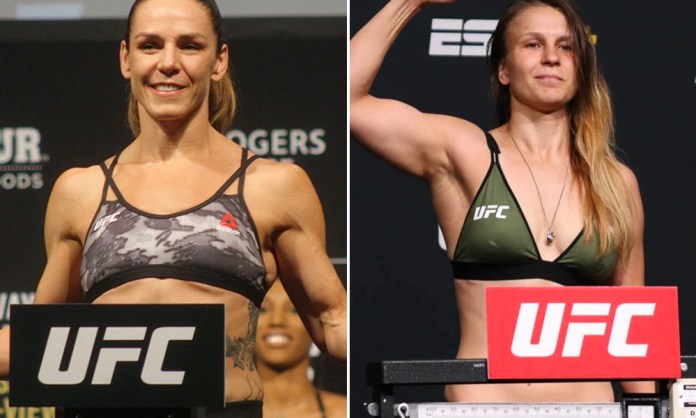 A former UFC title challenger will try to get back on track in February.

UFC officials announced the women’s bantamweight bout Wednesday, and also made official several others that previously had been reported by MMA Junkie.

Davis fought Ronda Rousey for the 135-pound title in 2014, but was stopped with a 16-second TKO at UFC 175. After that, she had a solid run of three wins in four fights over a two and a half year stretch, including a split call over fellow former title challenger Liz Carmouche in 2017.

But since then, it’s been rough sledding for the Canadian. Davis has dropped four of her past fight fights, all by unanimous decision, to Katlyn Chookagian, Jennifer Maia, Viviane Araujo and, most recently, Pannie Kianzad in June. Her lone win in that stretch came in February when she outworked Sabina Mazo for a decision.

After an appearance on Season 28 of “The Ultimate Fighter,” Stoliarenko dropped her official UFC debut to Leah Letson at the TUF 28 Finale. But after that, she went on a five-fight winning streak outside the UFC. The fist four of those all were armbar finishes. Then she picked up a split call over Lisa Verzosa for Invicta in 2020.

That earned her a return to the UFC. But in her first fight back, in August 2020, she dropped a unanimous decision to Yana Kunitskaya. And in June, she was submitted in the third round by Julia Avila for a two-fight skid.