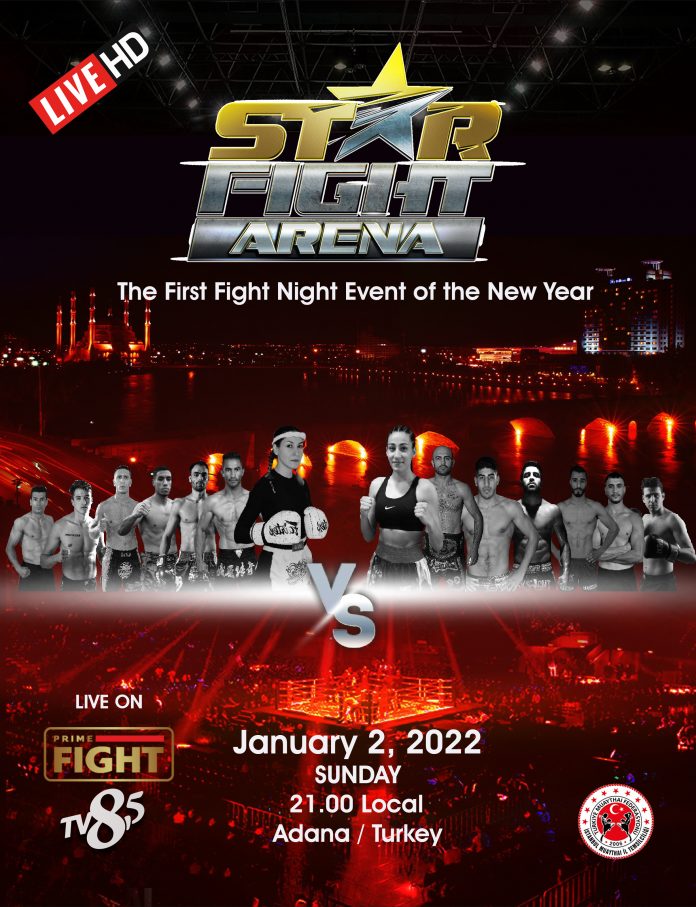 THE VERY FIRST FIGHT NIGHT EVENT OF THE NEW YEAR…

This time, the first live fight night of the new year is coming from Turkey.
STAR FIGHT ARENA, promoted by Hakan Şahade, will be broadcast live on Sunday, January 2, 2022.
An important feature of this night is that it is held within the festival of Adana’s 100. Year
Independence Celebration Festival during the Turkish War of Independence in 1922.
Hakan Şahade, who is also the head of the Professional Branch of the Turkish Muay-Thai Federation,
has been organizing important events in Turkey for many years.
Athletes from Russia, Thailand, Iran, Belarus, Azerbaijan and Morocco will be face to face with Turkish
fighters.
Star Fight Arena, which will be broadcast live on TV8.5 television in Turkey, can also can be watch live
all over the world via the Prime Fight platform.
Don’t miss this amazing night.