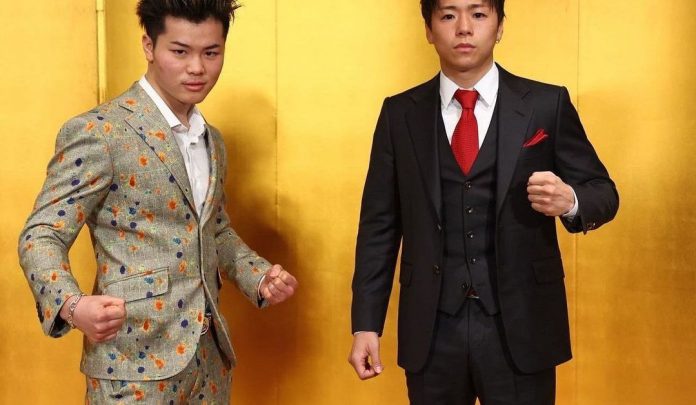 Two of kickboxing’s biggest stars will clash this summer.

At a press conference Friday, RIZIN CEO Nobuyuki Sakakibara announced that RIZIN and RISE champion Tenshin Nasukawa will face K-1 champion Takeru Segawa in June at an event and location still to be determined.

According to an English translation via The Fighter, details regarding the rules of the bout are still being worked out, including the amount of rounds and whether the bout can end in a draw. Takeru is reportedly requesting that the bout have an unlimited number of extra rounds until a winner is decided. Sakakibara, who will lead a committee overseeing the event, indicated that there will be a plan to guarantee that the fight has an official winner.

It is also not yet known whether the event will take place in a RIZIN, RISE, or K-1 ring.

Friday’s announcement extends the kickboxing career of Tenshin, who previously announced that he would be transitioning to boxing. His last kickboxing bout was expected to take place at a RISE event in April, but it appears that his retirement from the sport has been postponed for at least two more months.

Tenshin, 23, has become one of RIZIN’s most vital talents, competing not just in kickboxing and MMA for the Japanese promotion, but also engaging in notable special attraction fights including December 2018 exhibition boxing match with Floyd Mayweather Jr. and more recently fighting three men in one night at RIZIN 28 this past June.

Takeru has been in Tenshin’s sights for several years, but promotional politics has kept the two from ever sharing the ring. The 30-year-old has held K-1 titles in three divisions and is currently the promotion’s reigning featherweight champion. Takeru has not lost since June 2012.