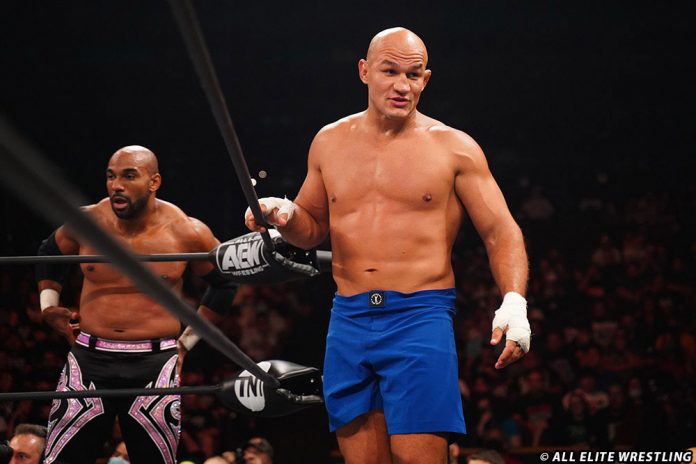 Junior Dos Santos’ first fight since his departure from the UFC is in the works.

The former UFC heavyweight champion has signed with Triller and is expected to fight Kubrat Pulev in Triad Combat in early 2022, with late February targeted. A Triller official confirmed the news to MMA Junkie following an initial report from TMZ on Tuesday morning.

Triad Combat is a new style of fighting launched by Triller last month. It pits MMA fighters vs. boxers under a set of rules intended to “level the playing field.”

Dos Santos, 37, hasn’t fought since December 2020 when he suffered a second-round TKO loss to current UFC interim heavyweight champion Ciryl Gane. The defeat extended his losing streak to four and ended his 12-year run with the UFC. Since then, the Brazilian has made his pro wrestling debut with AEW and appeared on its programming several times with American Top Team owner Dan Lambert and teammates.

Meanwhile, Pulev is coming off a devastating, standing TKO win over former UFC champion Frank Mir in the main event of Triller’s inaugural Triad Combat event on Nov. 27. The 40-year-old holds a professional boxing record of 28-2 with the two loses coming in title fights against Anthony Joshua and Wladimir Klitschko.