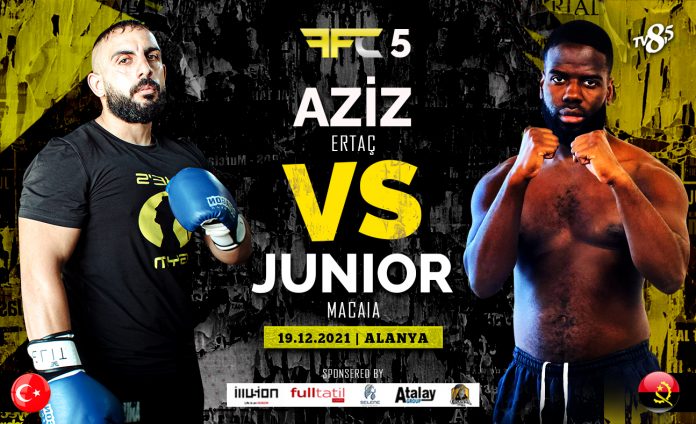 FFC-5, Professional Kickboxing 5th Series Event will be organize in one of the Turkey’s most popular
event center in Alanya, Illusion Event Hall at 19th of December.
Turkey’s best fighters will be on the ring, against foreign competitors, each more ambitious than the
other in ALANYA. Alanya is the most popular dream seaside place in Mediterranean Sea near Antalya.
In the Turkey’s Team Corner, there will be one of Turkey’s greatest trainers Cevat Alibeyoğulları and a
man who is one of the world’s best kickboxing trainers, Mike Passenier, also known as BIG MIKE.
Big Mike coached lots of fighters such as Badr Hari and Gökhan Saki.
The former UFC referee Grant Anthony Waterman, will be on the ring as Ring Announcer to presenting
matches.
Mr. Paul Nichols also will attend the event who is Glory Chief Referee.
This extraordinary night will be live on exclusively TV8,5 screens in Turkey.
The overseas signal will be broadcasted all over the world via Prime Fight HD.
FFC promotes Turkey’s ringsports potential to the world and introduces Turkish fighters in just like
events.
FFC held auditions at the FFC Academy sport complex in Izmir to select the athletes to take part in this
night.