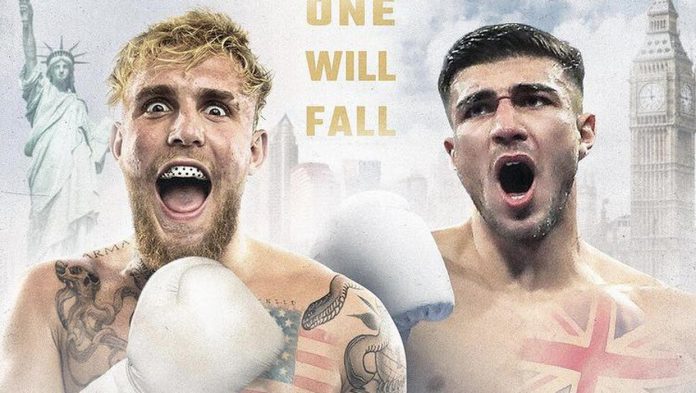 Tommy Fury Pulls Out Of Jake Paul Fight Due To Injury

Tommy Fury has reportedly pulled out of his boxing match with YouTube sensation Jake Paul just over 10 days before the pair were scheduled to meet inside the squared circle.

Fury and Paul have built quite the rivalry in recent weeks and months, one that was expected to come to a head at a Showtime pay-per-view on December 18. But after an initial report from YouTube personality Keemstar, sources confirmed to SunSport’s Chisanga Malata that the grudge match is off after the Englishman sustained an injury.

Both men were heading into their contest unbeaten as professionals. Tommy, the younger half-brother of WBC and The Ring heavyweight champion Tyson Fury, has built an unblemished 7-0 record since his debut in 2018.

He was last in action on the undercard of Paul’s clash with former UFC welterweight titleholder Tyron Woodley in August. In his first fight outside of the United Kingdom, Fury faced former Bellator MMA fighter Anthony Taylor. After four rounds of action, “TNT” took home a unanimous decision win.

Paul, meanwhile, is yet to face a boxer. His 4-0 record is comprised of a victory over fellow YouTuber AnEsonGib, former NBA star Nate Robinson, former ONE and Bellator 170-pound champ Ben Askren, and Woodley. While his ability with the gloves is hard to deny at this point, as many in the combat sports community have admitted, his place in the sport will likely not be legitimized until he faces and defeats a professional boxer.

It appeared he’d have the chance to do just that on December 18, but with today’s news, the wait for that will seemingly go on. Given Paul’s pre-fight comments, which suggested he was sceptical about Fury showing up to fight, the reported withdrawal will likely begin another war of words between the pair.

SunSport are also reporting that Paul’s most recent opponent could be in line to replace Fury and set up a rematch with “The Problem Child.” Ever since his decision loss to the YouTuber-turned-boxer, Tyron Woodley has made his desire to run it back with Paul clear.

From his immediate callout in the ring to getting the previously agreed tattoo, “The Chosen One” has showed he’ll do whatever it takes to secure a chance for redemption. With Fury’s injury, it appears the former UFC champ has thrown his name into the mix to replace the Englishman.

Despite Woodley adhering to the tattoo bet, Paul previously ruled out the possibility of fighting the veteran again. It remains to be seen if that’s still the case after Fury’s withdrawal.

Would you like to see Tyron Woodley replace the injured Tommy Fury and rematch Jake Paul?

Tommy Fury Pulls Out Of Jake Paul Fight Due To Injury (mmanews.com)