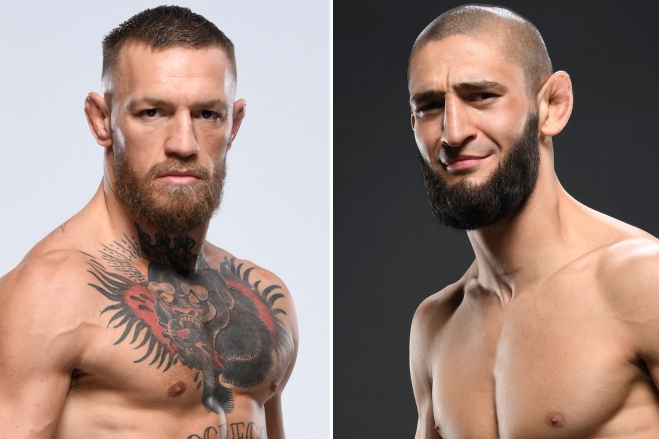 CONOR MCGREGOR has accepted a challenge to fight Khamzat Chimaev after former opponent Nate Diaz goaded him on social media.

The Irishman, 33, is waiting on a return date as he continues to recover from the broken leg he suffered in July.

He is coming off the back of two defeats to Dustin Poirier, the first by second round knockout and the rematch by doctor’s stoppage.

And his old rival Diaz has now come out and suggested McGregor take on undefeated fighter Chimaev, something the Dublin-born star has agreed to.

“That be a great fight to make. He needs a easy new guy to fight anyway.

“He can taper back in and see if he can even still fight at all. Great idea Nate. Thanks.”

Responding to Diaz, McGregor then simply said: “No problem, b***h.”

The former two-weight UFC world champion has since deleted the post.

And Chimaev then got involved in the discussion by also appearing to agree to the fight with McGregor by posting a handshaking emoji and a casket – seemingly as a threat to McGregor.

In his 10 professional MMA fights to date, Chimaev has stopped all of his opponents inside two rounds.

He is one of the hottest prospects in the UFC, most recently seen at the end of October when he submitted Li Jingliang in just three minutes.

Meanwhile, McGregor has revealed he has gained two and a half stone since he weighed in before facing Dustin Poirier at lightweight in July.

McGregor has been smashing the weights recently and it appears to be paying off, as he tweeted: “190lbs of granite.”