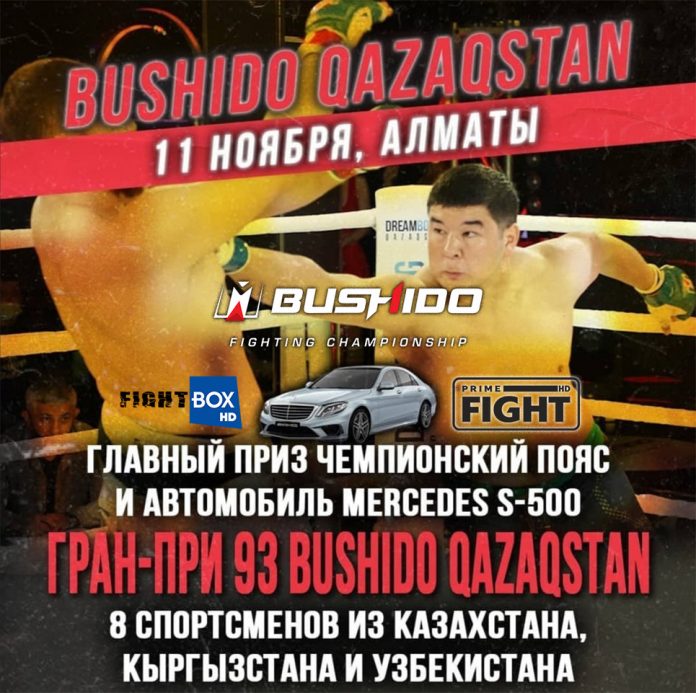 MMA Bushido, the mixed martial branch of King of Kings, returns the Kazakhstan for the promotion’s third event on PRIMEFIGHT & FightBox this year. As with the previous editions the event will feature a one-night MMA rules tournament. This time it will be an eight-man tournament with the winner not only receiving the MMA Kazakhstan championship belt, but also the prize money and a the keys to a brand new Mercedes S-500. Such tournaments are very rare these days in MMA due to their brutal nature. However, MMA Bushido is not afraid to host such an incredible event.

In addition to the eight-man tournament, there will also be several other fights on the card, including MMA, KOK and DREAM BOXING rules fights. The fight card for the evening can be found below.

King of Kings provides events of the very highest level by bringing together world class athletes and the most dedicated fans of combat sports to the largest arenas in the world. KOK has a wide fan base due to its nature, its intensity and spontaneity and FightBox & PrimeFight HD is the broadcasting associate for these series of events.