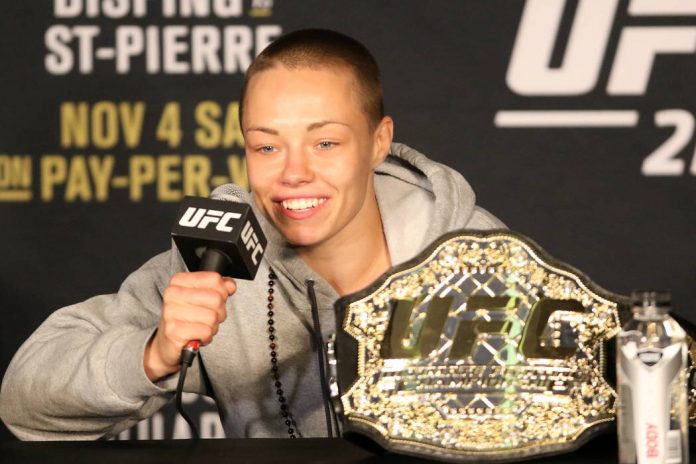 NEW YORK – Rose Namajunas is no stranger to rematches.

“The majority of what I go into a rematch with is, ‘It’s a brand new fight,’” Namajunas told MMA Junkie at a UFC 268 pre-fight news conference Wednesday. “I just have to be the best version of myself no matter what because anything is possible. Anything can happen so I have to be ready for everything.”

At UFC 268 on Saturday, Namajunas faces another former champion, Zhang Weili (21-2 MMA, 5-1 UFC), who she knocked out with strikes in 78 seconds at UFC 261 in June. Since their first meeting, Weili switched camps to train under coaches Eddie Cha and Santino Defranco at Fight Ready MMA in Scottsdale, Ariz.

“I would think that no matter what actually happened with her, that she has to do something different,” Namajunas said. “You didn’t get the outcome you wanted, you kind of have to change it up, I guess. I’m just concerned with being the best version of myself. Regardless of what she’s doing, I don’t have to put any meaning to that. I just have got to put meaning to my own life.”

As for her own personal improvement, Namajunas explained that the process leading up to this fight hasn’t been much different. She’s always tinkering with things, but there was nothing she focused on that stemmed specifically from her last fight with Weili.

“(As for) adjustments, I guess I’m always adjusting little things,” Namajunas said. “Overall, I’m just adding more. Adding more skills to my arsenal and just getting better at the ones that I do better.”