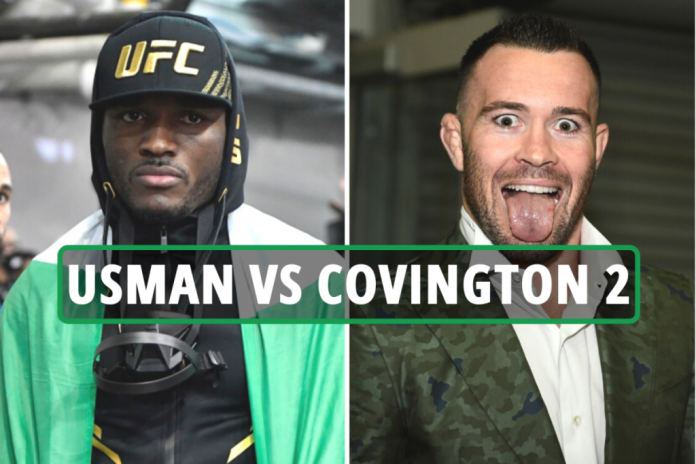 KAMARU USMAN won the first fight, but he’ll defend his title again as he takes on Colby Covington at UFC 268 in a grudge rematch.

The welterweight champ beat Covington by 5th round TKO nearly two years ago but the fight was a close one up until the stoppage came.

Covington has also always contested the stoppage, as he believes referee Marc Goddard jumped into to halt proceedings too quickly.

Usman has since picked up three victories, one of which was a win over Gilbert Burns, sandwiched in between a decision and a knockout over Jorge Masvidal.

Covington still arguably represents Usman’s toughest task at 170lbs, but a win in New York would put him firmly at the top of the tree in the welterweight division.

“He should have fought me and rematched me right away,” Covington said.

“The first time we fought there was unfinished business.

“The people, the fans saw for themselves how close that fight was. And that fight needed to be run back right away but he refused.”

Usman said: “It doesn’t matter. Finish or not, the way I fight I want to dominate a guy from start to finish.

“I want to out-class a guy. I want a guy to go home, when they lay down in bed at night they’re like, ‘Sh*t, that guy’s better than me.

“There was nothing I can do to beat him.’ That’s what I want. That’s the feeling that I want to live with these guys each and every time they compete against me.”