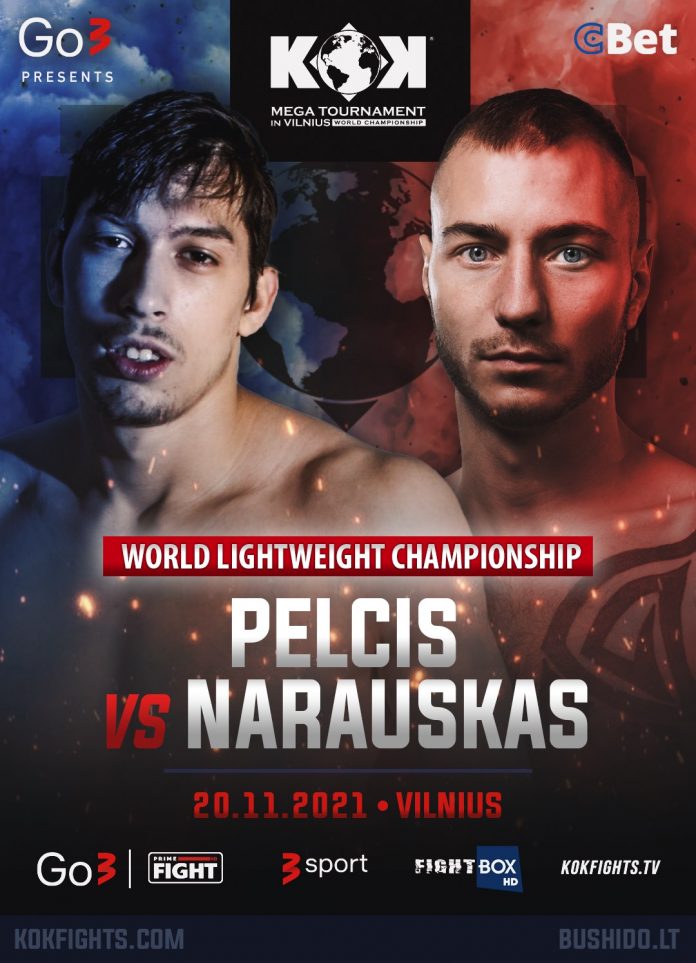 A new KOK World Lightweight Champion will be crowned on 20 November in Vilnius, Lithuania.

Top contenders Mareks “The Dreamkiller” Pelcis and Mindaugas Narauskas battle for the belt at the KOK Mega Battle Tournament event.

The KOK Mega Tournament takes place at the Avia Solutions Group Arena (formerly Siemens Arena). It’s one of the year’s biggest cards, and a big crowd is expected.

Fans around the world can catch the action on TV3 Sport, KOK Fights TV, FightBox HD, and Prime Fight!

Latvia’s Pelcis defeated Narauskas, a Lithuanian, at KOK 83 in Riga in November 2019. Pelcis was too quick and too slick for the brawler Narauskas. Narauskas accepted the fight just one week after fighting a tough battle in Lithuania.

Now, Narauskas has a chance to settle the score,  while winning the prestigious KOK title on home soil in the process.

Pelcis gets the chance to silence the critics saying he was lucky the first time.

Pelcis vs Narauskas. Latvia vs Lithuania. Rivals collide, and only one man is leaving as world champion.