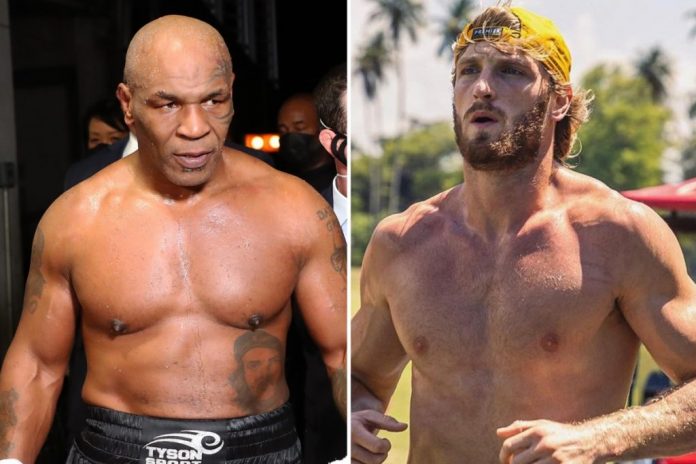 MIKE TYSON will fight Logan Paul in an exhibition bout next year, according to reports.

The former heavyweight world champion has been patiently waiting to re-enter the ring after taking on Roy Jones Jr in an exhibition fight last November.

Tyson, 55, has been rumoured to be facing former nemesis Evander Holyfield or Lennox Lewis.

But according to Youtuber Keemstar – real name Daniel Keem – Tyson will fight Paul next.

Tyson is eager to fight once again and has been training hard to prepare for his next opponent.

He was hopeful of fighting again in September but has been made to wait until next year.

In an exclusive interview with SunSport Tyson said: “I am going to have a return fight in February and we are pretty skeptical about the opponent, but it will be a really stimulating opponent.”

And Tyson previously revealed he would be interested in fighting either Logan or Jake Paul in a money-spinning bout.

Logan Paul, 26, certainly has a history of attracting attention to his fights, selling out the Manchester Arena for his first fight with KSI.

And he has proven he could be a match for Tyson in the ring, having held his own against Floyd Mayweather in June.

Unlike Mayweather, Tyson fought at heavyweight in his career and is more than two stone heavier than the Youtuber.

But Paul does have age on his side, and is 29 years younger than Iron Mike.https://imasdk.googleapis.com/js/core/bridge3.486.2_en.html#goog_1358271934Play VideoMike Tyson offers to fight Logan Paul and reckons YouTuber could be tempted by $100m offer