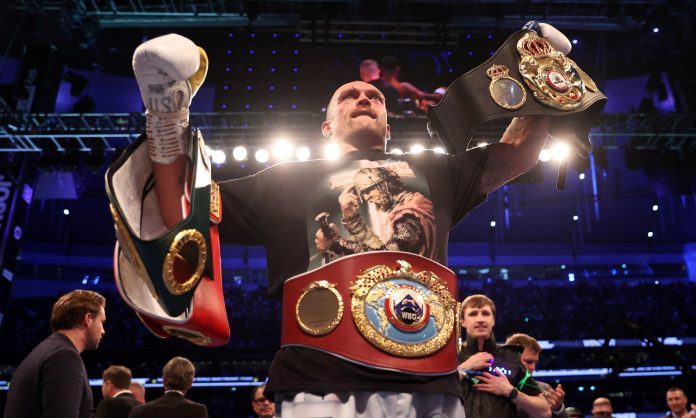 FOR the second time in little more than two years, Anthony Joshua had his world titles ripped from his grasp.

The chance of Joshua ever fighting fellow Brit Tyson Fury for the undisputed title – a fight which came close to fruition this summer – now looks extremely remote.

Unlike pretty much every petrol station in London, Usyk simply refused to run out of gas, as Joshua failed to make his superior strength tell.

Joshua ended the fight pinned to the ropes by a flurry of punches – and that late flourish came after Usyk had already built up an unassailable lead on the judges’ scorecards.

After his stunning knock-out defeat by Andy Ruiz Jr in New York in 2019, this defeat – Joshua’s first on home soil – felt nowhere near as freakish.

Usyk was the superior craftsman and thoroughly deserved his victory.

There will be a re-match next year and Joshua must find a way of figuring the elusive southpaw next time – you would not bet on that.

It had been three long years since Joshua had packed out a British stadium – when he floored Alexander Povetkin at Wembley.

In the meantime, he had won and lost his titles to the chubby Mexican Ruiz, and then defeated Kubrat Pulev in front of a handful of spectators late last year.

After years of speculation, a fight with Fury had come close to fruition in Saudi Arabia this summer only for American lawyers to scupper the contest all Britain craved, demanding that Fury completed his trilogy against Wilder first.

Still, Usyk was no mere fill-in merchant. His pedigree as a former undisputed world cruiserweight champion and an Olympic gold medalist was undoubted.