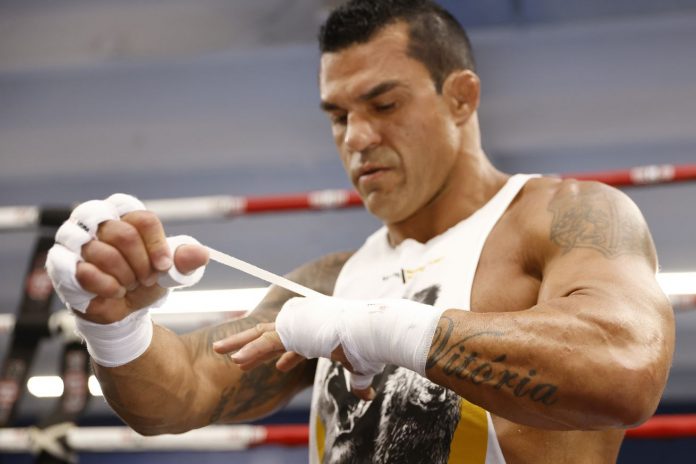 With a little over a week before the return of Triller Fight Club, the promotion has made the decision to move the card across the country.

The event was originally scheduled to take place at the Staples Center in Los Angeles, Calif. but Holyfield, 58, was not cleared to compete by the California State Athletic Commission. Sources at the CSAC confirmed Holyfield couldn’t be licensed in time to make the fight due to his age.

Holyfield is stepping in to replace Oscar De La Hoya, who was forced to withdraw from his comeback fight after testing positive for COVID-19. The multiple-time heavyweight champion was in talks to make his own return in an exhibition bout against Kevin McBride on the undercard of the Teofimo Lopez vs. George Kambosos Jr. undercard on June 5, but that event was postponed after Lopez tested positive for COVID-19.