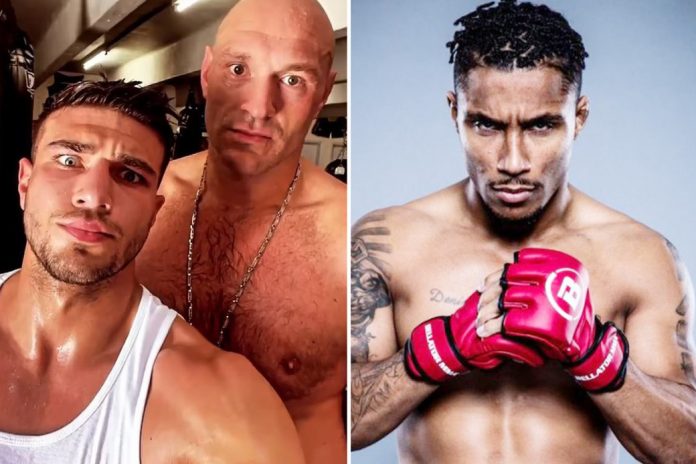 TOMMY FURY was accused of not being ‘cut from the same cloth’ as his brother Tyson.

And Anthony Taylor, who faces Fury on August 29 on Jake Paul’s undercard, blasted that the 2019 Love Island star is ‘a disrespect’ to boxing.

“They’re just not cut from the same cloth. He is a disrespect to the sport. He’s not a boxer. A boxer doesn’t fight guys with 10 wins and 126 losses!

“You don’t see Ryan Garcia fighting guys on his debut with zero wins and 26 losses.

“Tell me I can’t beat those fighters that Tommy has beaten already?

“Without Tyson bringing up his brother’s name, who was Tommy? We never even knew that Tyson had a brother who was a boxer.”

And in his two bouts following, the now-21-year-old’s opponents had a combined record of five losses, one draw and no wins.

Fury, 22, is 6-0 and has fought mostly journeyman opposition, a common occurrence for boxer at the start of his career.

And he will face Taylor, 32, on the same bill as Paul, with the view of fighting the YouTuber afterwards.

Paul headlines the night against ex-UFC champion Tyron Woodley, 39, but has feuded with Fury in recent months.

And ahead of the pay-per-view, he took aim at his online rival once more.

Paul, 24, said: “He boxes because he was told to do so by his dad. He doesn’t have that real heart, that real fighter inside of him.

“If we ever get into the ring, I’m going to expose him.”