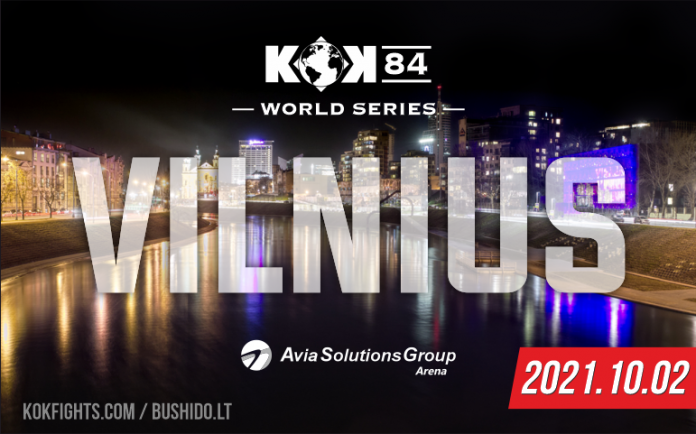 A highly anticipated title fight is confirmed for KOK 84, taking place on 2 October in Vilnius, Lithuania.

The Viksraitis-Pelcis clash has been brewing for almost two years. Pelcis, a former amateur champion, earned a title shot with impressive victories.

Pelcis called out Viksraitis for a title fight last year but the pandemic caused the battle to be postponed.

Champion Viksraitis is an excellent ring technician and the taller and more experienced fighter. Pelcis has shown impressive quickness and counter fighting skills, knocking down the tough Narauskas. The fight is under KOK World Title rules with a championship distance of five rounds. It’s a quality and memorable fight you won’t want to miss.