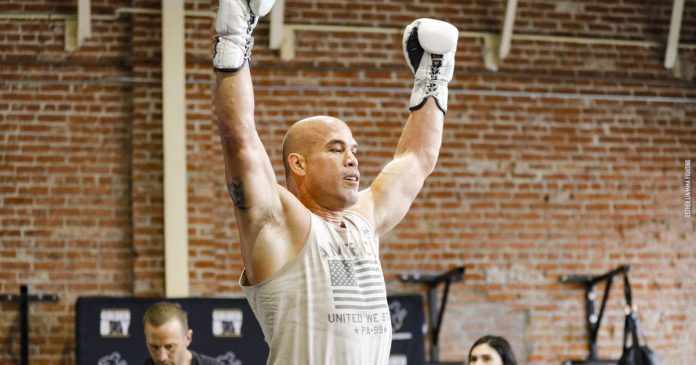 Anderson Silva vs. Tito Ortiz targeted for boxing match as part of De La Hoya vs. Belfort card on Sept. 11

A boxing match between former UFC champions Anderson Silva and Tito Ortiz is currently being targeted for the upcoming Triller Fight Club card on Sept. 11 in Los Angeles.

Earlier this week, Ortiz teased that he was preparing for a fight while adding that Logan Paul “missed out” on the opportunity to face him.

Now it appears “The Huntington Beach Bad Boy” has drawn a fight with Silva instead as he looks to make his debut in boxing after last competing in mixed martial arts in 2019 with a lopsided first-round submission win over professional wrestling star Alberto El Patron.

Ortiz is actually riding a three-fight win streak in his career with additional victories over Chuck Liddell and Chael Sonnen but this will be his first foray in boxing and he’ll draw a stiff test in his debut.

Silva is expected to return to the boxing ring after a dazzling performance to defeat former champion Julio Cesar Chavez Jr. at a special event in Mexico in June.

The 46-year-old fighting legend put on a showcase while ultimately winning a split decision over Chavez Jr., although most agree he deserved a unanimous nod after largely dominating the eight-round fight.

Since that night, rumors have swirled about Silva making a return to the ring and now it looks like he’ll make that walk again on Sept. 11 while sharing a card with his former opponent in Belfort.

The Triller Fight Club card will take place at the Staples Center in Los Angeles with the card broadcast on pay-per-view.