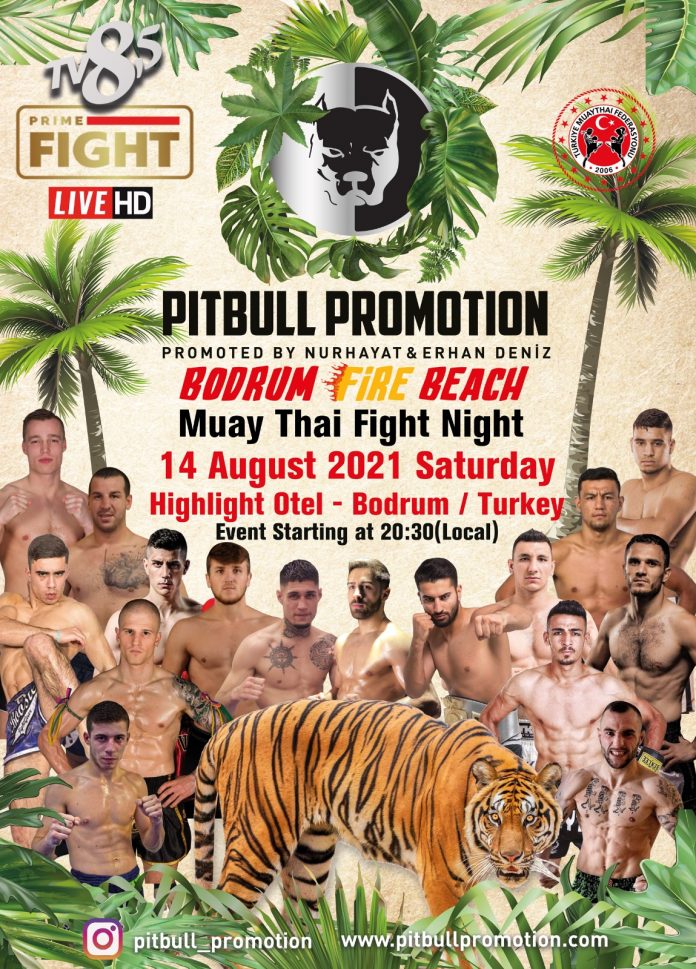 Pitbull Promotion founded by Erhan Deniz and Nurhayat Deniz in 2018, it is a popular martial arts organization with has own trademarks. Pitbull Promotion configured to organize active sports events on live broadcast.

Pitbull Promotion’s founders have a strong infrastructure in terms of ‘know-how’ as they come from the kitchen of the ring sports world and they are personally popular athletes to join many of the biggest organizations in the world.

The Pitbull Promotion is growing rapidly and attracting the attention of the whole world. The 6th event will be organize in Bodrum, Turkey. With its strong financial structure and professional team, Pitbull Promotion will increase the number of organizations and enter to TV screens and Digital Platforms all over the world.

We missed ring sports so much during the pandemic days. Both athletes and sports fanatics are eagerly waiting for the new organizations. The organizations that started again after June 2021 attract a lots of attention.

PITBULL PROMOTION Fight Night will be held in the open area of Highlight Otel, Yalıkavak- Bodrum at 14th of August 2021 . It is predicted that more than 3000 spectators will gather around the kickboxing ring, which will be set up in an open area of 5000 square meters.

Sound, Light and Stage systems will be construct by Turkey’s most established company Mavi Sound and Light Systems, and the live broadcast of the organization will be carried out by the Talu Medya OB live broadcast with 7 cameras.

The matches of the fight night are as follows:

The organization will be held under the supervision of the Turkish Muay Thai Federation and with the participation of the federation international level referees.

Don’t miss this wonderful organization, which will be tough fights will be face to face on the ring.