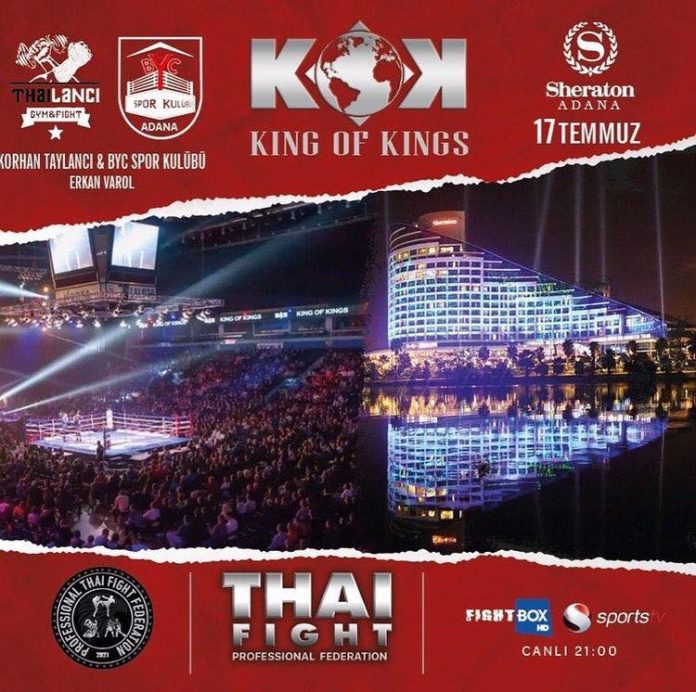 The King of Kings promotion continues its busy 2021 season with a KOK Fight Series show this Saturday July 17 in Adana, Turkey.

Thirteen bouts are scheduled for Saturday night’s card, and the most intriguing battle may be the match between Ramal Aslanov and Mousa Masoud.

Aslanov is the more seasoned and savvy fighter but Masoud is taller, undefeated, and shown impressive athleticism. It’s an interesting battle for sure!

A popular attraction in the KOK Turkey Series is female slugger Ilknur Kurt. The 20-year-old likes to come right at her opponents. Kurt (8-1) returns to the series against another youngster, Iran’s Fatemeh Hosseinikahaki (8-3).

Iranian lightweight Taha Yasir (17-4) is also back in action after a win in Konya. Yasir won a close decision against Sherzad Haydarov.