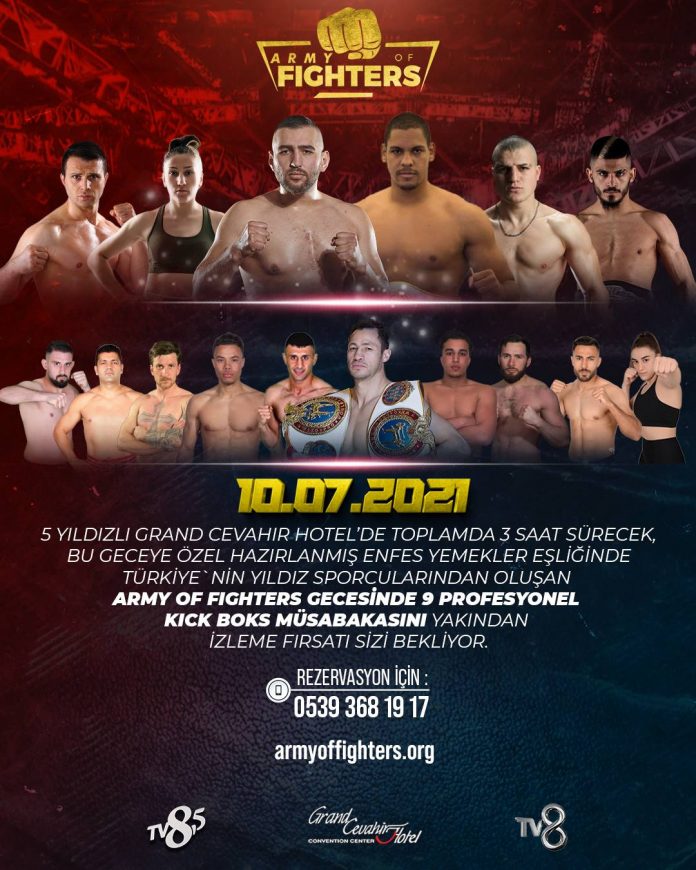 Live on Prime Fight HD this Saturday- ARMY OF FIGHTERS

Army of Fighters was established in our ancient city of Istanbul in the first months of 2019 and continues to work to break the tradition in the organization sector, to carry out studies on sports organizations and to organize high-quality organizations on behalf of our country.

16 kickboxers with world and European titles are coming to the ring in the Army of Fighters fight night event in İstanbul. 7 superfights and one ISKA Title fight will adorn the event.

Thomas FROSCHAUER from Austria and Cihat KEPENEK from Turkey will be on the ring for the ISKA Heavyweight Title Fight with 3 minutes and 5 rounds. Both of career fighters will combat to get this important title belt.
The fight night, which will be held under the supervision of the Turkish Kickboxing Federation and ISKA, will be broadcast from the grand hall of the Grand Cevahir Hotel, one of Istanbul’s favorite hotels.

While the Prime Fight channel distributes the live broadcast to many countries of the world via television and the internet and TV8.5 television channel in Turkey will bring this event to Turkish audience together live at night.