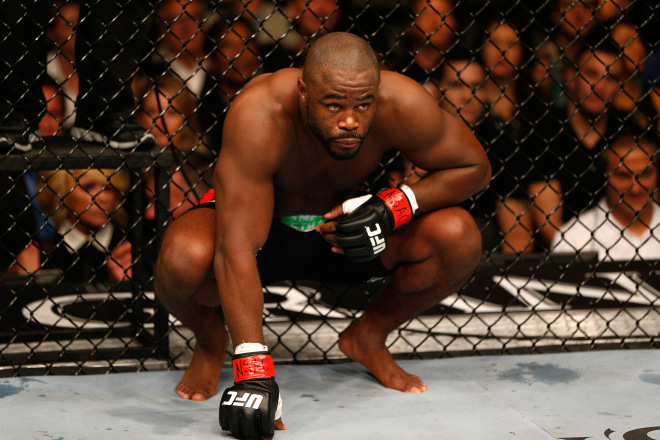 UFC icon Rashad Evans is coming out of retirement, according to reports.

The 41-year-old hasn’t fought professionally since UFC 225 in June 2018 but is believed to be keen on fighting YouTuber Logan Paul.

According to ESPN journalist Brett Okamoto, Evans is making a comeback and his manager Ali Abdelaziz is already discussing potential fights.

The former light-heavyweight champ hasn’t fought professionally since his defeat to Anthony Smith three years ago.

That loss was Evans’ FIFTH in-a-row and he’s lost seven of his last nine scraps, a record stretching back to April 2012.

It is believed the UFC Hall of Famer is interested in fighting Logan Paul – who recently fought Floyd Mayweather – and boxing great Roy Jones.

And if he’s keen on a meeting with Logan Paul, it’s likely he’d be open to fighting his brother and fellow Pay-Per-View star Jake.

As neither Logan nor Jake Paul have entered the octagon before, any potential bout is likely to be in a boxing ring.

Jones, who won world titles at four weight classes during his professional boxing career, hasn’t competed in MMA either.

Anderson Silva recently refused to rule out scrapping with either of the YouTubers in a recent interview.

Vitor Belfort, meanwhile, has offered to fight both brothers on the SAME NIGHT and ‘beat the crap’ out of them.

But Logan Paul seems more interested in meeting Mike Tyson, believing nothing is impossible after surviving eight rounds with Mayweather.