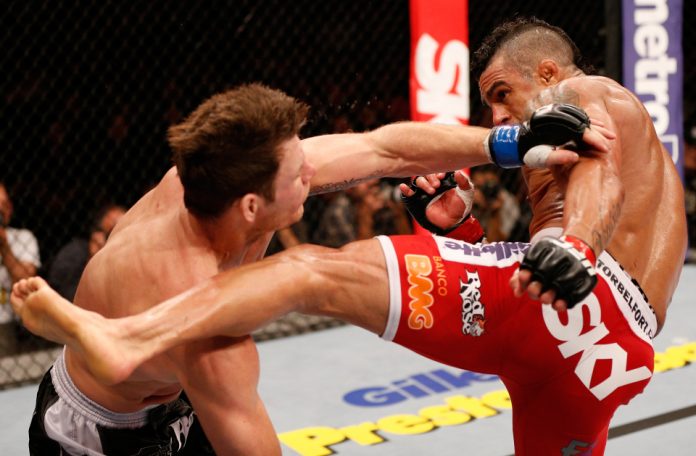 Oscar De La Hoya is set to make his return to the boxing ring after 13 years to face former UFC champion Vitor Belfort, according to reports.

The ‘Golden Boy’ has not fought since 2008 when he was beaten unceremoniously by Manny Pacquiao in Las Vegas.

Yet the 48-year-old confirmed in April he will make a ring return, with former light-heavyweight champion Belfort expected to be the man stood opposite him with 12 ounce gloves.

Although the Mexican-American initially stated he would fight in July, the Athletic claim the bout will take place on September 11 on the Triller platform.

De La Hoya wanted to face Floyd Mayweather for the second time, with ‘Money’ living up to his moniker during a lucrative exhibition bout with Logan Paul earlier this month.

Belfort has not fought in the UFC since May 2018 when he was beaten by Lyoto Machida, with the 44-year-old winning his sole boxing bout back in 2006 against Josemario Neves.

Machida not only held the 205lbs belt during his illustrious reign, he fought in the middleweight division and even knocked out the UK’s very own Michael Bisping in 2013.

Such was the severity of the knockout; Bisping infamously suffered a detached retina because of a head kick sustained in the second round before he piled on the pressure.

However, he appeared decidedly more mortal in the years after USADA entered into the sport and his knockout and win ratio dwindled massively.