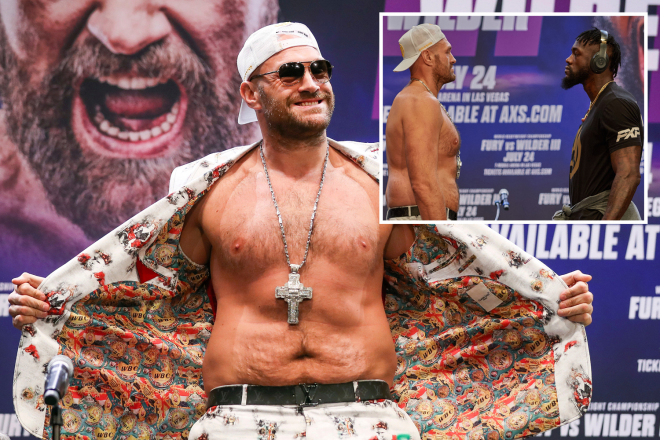 TYSON FURY plans to weigh a whopping 300lbs for his trilogy fight with Deontay Wilder next month.

The Gypsy King will renew his rivalry with the American on July 24 at the T-Mobile Arena in Las Vegas.

Fury beefed up considerably ahead of his rematch with The Bronze Bomber last February, tipping the scales at 273lbs, but plans to be even heavier third time around.

During Tuesday’s pre-fight press conference, he said: “I gave my game plan away the first time because he wasn’t good enough to do anything about it.

“And I’ll do the same thing this time because he’s not good enough to do anything about it.

“Deontay Wilder is a one-trick pony. He’s got one-punch power, we all know that – great.

“But what I’m going to do to Deontay Wilder this time is I’m going to run him over as if I’m an 18-wheeler and he’s a human being.

“I guarantee he does not go past where he did before [the seventh round].