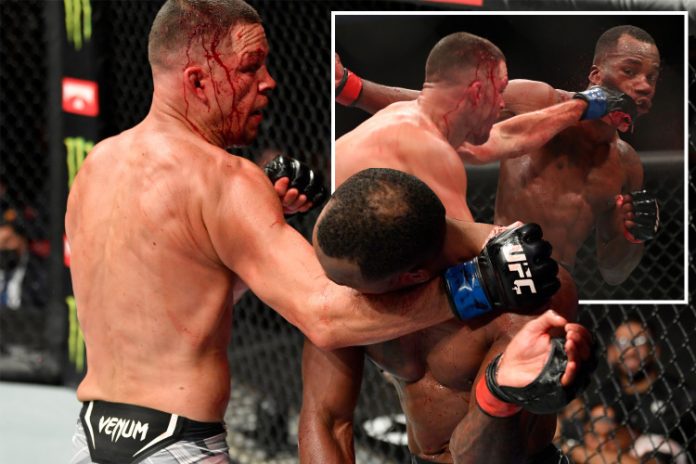 The welterweight pair made history as they became the first ever five-round non main-event.

And it was one for the books as Edwards, comfortably in the lead, was stunned in the last 60 seconds.

He continued to pour on the pressure as Edwards, 29, desperately circled out of trouble and fought back.

Diaz, bleeding from prior damage taken in the fight, was relentless till the final bell but was unable to finish Edwards off.

It means he now has consecutive defeats, following his stoppage loss to Jorge Masvidal, 36, in 2019.

But Diaz, who wants to return in four months, insisted he is the superior fighter as he reacted to the final round.

He said: “In a real fight in a real world, that fight’s a wrap. He was sleepwalking.

“I got cut in training. That’s why we pushed the fight back a month. I kind of lost motivation after that. He won, but I feel like I’m the better fighter still.”