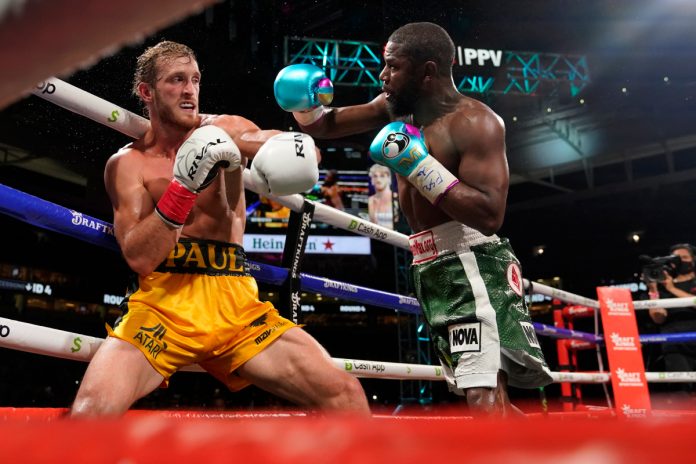 LOGAN PAUL claimed a moral victory as he managed to take Floyd Mayweather the distance in their exhibition bout.

The YouTuber was able to survive the final stretch of the fight in Miami as he used his TWO STONE weight advantage to see out the eight rounds.

Without a knockout, there was no winner declared though most observers ringside agreed that Mayweather won the majority of the rounds.

And afterwards the 50-0 boxing legend admitted he was surprised by what Paul, officially 0-1, brought to the ring.

He said: “I had fun, you’ve got to realise I’m not 21 anymore but it’s good to move around with these young guys, test my skills just to have some fun.

“Great young fighter, strong, tough, he’s better than I thought he was. As far as with the big guys, the heavyweights, it’s going to be kind of hard.

“But he’s a tough, rough competitor, it was good action, I had fun, I was surprised by him tonight.”

The opening round was a cagey one as Mayweather, 44, looked to gauge his range having given up a SIX INCH height advantage.

He did land a left hook before the final bell but ended up on the ropes as Paul, 26, drove him back with a barrage of shots, but landed none.

The second was much of the same with Mayweather feinting and smiling while Paul kept his distance with a respectable jab, thrown from the waist.