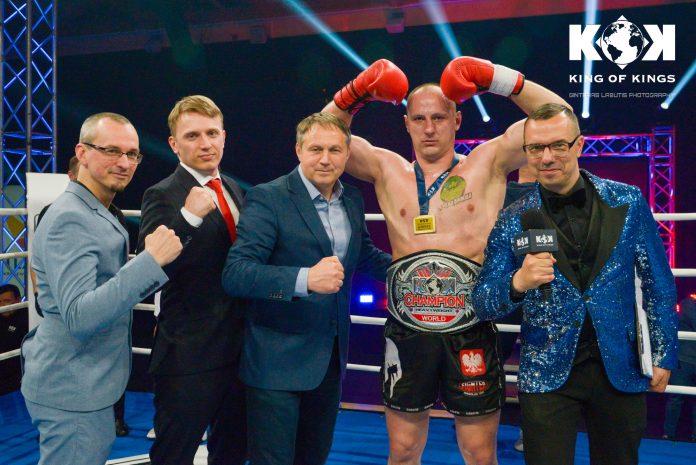 Warsaw, Poland was where it all started for King of Kings. They very first KOK event took place there in 2010. This past Saturday they made history in the Polish capital once again, crowning the first ever KOK World Heavyweight Champion since 2017. Veteran fighter Michał Turyński captured the title in a five round fight that went the distance, defeating Latvia’s Reinis Porozovs. Also, in a highly anticipated Middleweight fight between two of KOK’s top fighters, Kamil Ruta was victorious against Jurijs Orlovs in a battle that ended up going an extra round. Full results for the evening can be found below.