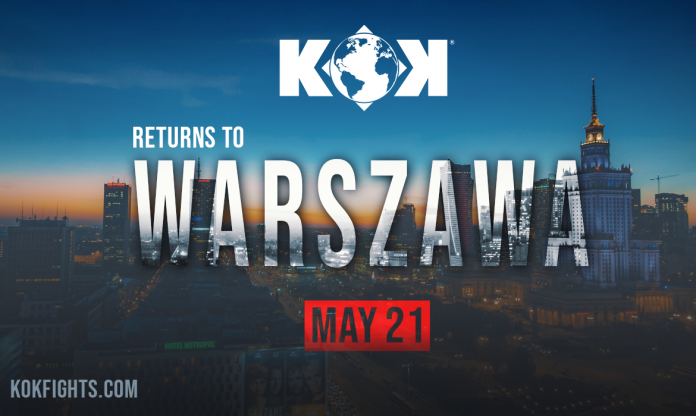 Back to where it all started.

Over a decade after the first-ever KOK WGP was held in Warsaw, KOK returns to the Polish capital on Friday night. Since that time, KOK has grown into one of the most successful and recognizable brands in professional kickboxing.

The promotion has put together an entertaining 14-bout fight card for Friday, featuring athletes from Poland, Lithuania, Latvia, Belarus, Ukraine, Italy and Slovakia. The action is being broadcast on FightBox HD and KOK Fights TV.

Headlining the card is a battle for the vacant KOK World Heavyweight Title. Polish standout Michal Turynski faces Reinis Porozovs, a WAKO World Champion who is ready to take the title home to Latvia.

The co-feature pits former title challenger Jurijs Orlovs against Kamil Ruta, a high-level Polish middleweight. The winner could be a future challenger for the KOK World Middleweight Title, currently held by Daniel Forsberg of Finland.

Belarusian Dzmitry Varats is also in action. Varats is a highly accomplished competitor, with numerous amateur and professional titles in kickboxing and Muay Thai, including IFMA World Titles in 2017 and 2018. Varats meets Przemyslaw Kierpacz under kickboxing rules.

Here is the fight card (subject to change). The action begins at 7 p.m. local Warsaw time, which is 6 p.m. in London and 1 p.m. in New York City.