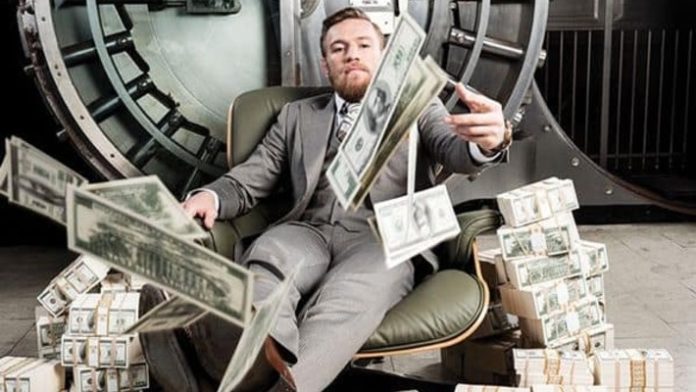 “The Notorious” Conor McGregor vowed “world domination” recently, and we are beginning to see what that looks like.

In Forbes’ 2021 highest-paid athletes list released earlier today, Conor McGregor scored the #1 spot on the list, the first time an MMA fighter has achieved this feat. The rankings take into account not only earnings garnered from the sports sphere but also through business ventures. McGregor’s massive sale of the majority stake of Proper 12 was the main factor behind the Irishman’s place on the list.

McGregor’s net earnings is listed at $180 million, with the Proper 12 sale accounting for $150 million of that total. This is the second time McGregor has made it to the top 10 of the Forbes list, with the superstar being ranked #4 in 2018 with a sum of $99 million for the year after the MayMac blockbuster. With this placement, McGregor has beat out iconic names like Lionel Messi, Cristiano Ronaldo, LeBron James, and Roger Federer in staking his claim to the #1 spot.

This year’s list of top-10 highest-paid athletes took home a sum total of $1.05 billion over the last 12 months, not only beating out the competition in the financial ring but also besting the pandemic.

Conor McGregor will be waking up to some great news today, and you can expect a Proper toast (and tweet) to celebrate the occasion. As this globetrotting superstar can attest, it’s 5 o’clock somewhere.

Are you surprised to learn that Conor McGregor raked in more money this year than any other professional athlete?