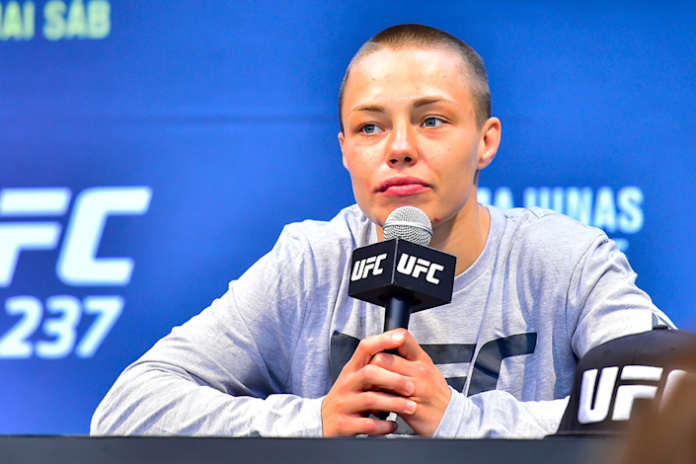 Maybe Zhang Weili and Rose Namajunas can’t be friends after UFC 261 like the current strawweight champion had hoped.

In an interview with Lithuanian National Radio and Television, Namajunas – who’s Lithuanian-American – said she doesn’t hate Weili, but also made clear what Weili represents to her as a Chinese champion.

“The animosity and things like that, those can be very motivating factors in short moments. But in all actuality going into the fight, maybe there was certain rivalries and things like that, but I always kept myself in control,” Namajunas said (h/t Twitter user @FullContactMTWF). “I never really hated the person – and I don’t hate Weili or anything like that. There’s nothing … but I do feel as though I have a lot to fight for in this fight and what she represents.”

Namajunas’ parents were Lithuanian immigrants who moved to the U.S. after living under communist rule in the Soviet Union. Her great grandfather was an Independent Lithuania military officer killed by the Soviets near his home.

When she thinks about her April 24 title fight, Namajunas seems to have conflated her family history and Weili being from China, a communist country.

“I was just kind of reminding myself of my background and everywhere that I come from and my family and everything like that, and I kind of wanted to educate my training partner on the Lithuanian struggle and just the history of it all, so we watched (2012 documentary film) ‘The Other Dream Team’ just to kind of get an overall sentiment of what we fight for,” Namajunas said. “After watching that, it was just a huge reminder of like, yeah, it’s better dead than red, you know? And I don’t think it’s any coincidence that Weili is red. That’s what she represents.”

The phrase “better dead than red” was a slogan during the Cold War that caught on in the U.S. in the late 1950s with “red” meaning communist. Weili never has championed communism publicly, but Namajunas is associating her with it by default and using that as a source of motivation.

“It’s nothing personal against her, but that’s a huge motivating factor of why I fight, and I fight for freedom,” said Namajunas, who’s looking to win the 115-pound title for a second time. “I’ve got the Christ consciousness, I’ve got Lithuanian blood, and I’ve got the American dream. All of those things I’m taking with me into the fight.”

Namajunas’ remarks come less than a week after Weili said she hoped they could bond after their fight.

“From an exchange of blows, friendship grows. So I hope maybe we will become friends after this fight,” Weili told the South China Morning Post. “It’s because Rose is a humble and very great fighter. She beat Joanna twice and won against Andrade. She is a competitor with very good ability, and I have always hoped I can fight with her. I feel a connection to those who fight martial arts, and we build friendships through the martial arts. We learn from each other and exchange our views when we fight together.”