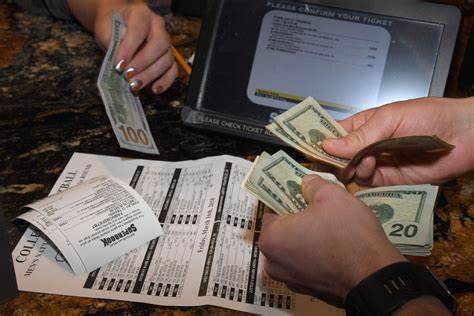 Today’s premier mixed martial arts (MMA) Heavyweight takes on its greatest puncher once again this Saturday (March 27, 2021) when Stipe Miocic puts his title on the line against former foe Francis Ngannou. UFC 260, which takes place inside UFC Apex in Las Vegas, Nevada, will also see Tyron Woodley attempt to salvage his career against Brazilian bonus-winning machine Vicente Luque, while Sean O’Malley looks to restart his rise through the Bantamweight ranks at the expense of former top 135-pound prospect, Thomas Almeida.

What Went Wrong at UFC Vegas 22?

That whole week was one long stretch of frustration — Tai Tuivasa losing his original opponent and Gregor Gillespie losing his fight entirely completely threw off the bet distribution … and it didn’t help when JP and Cheyanne Buys elected to fight in the most self-sabotaging manners possible. Somehow, we still managed to functionally break even, so there’s that at least.

UFC 260 Odds For The Undercard:

Nurmagomedov won’t ever approach cousin Khabib’s level, but he’s still an enormously talented wrestler with the skills to grind out the majority of UFC’s Welterweight division. Jared Gooden has only faced a takedown artist of similar skill once before, and that was a one-sided loss to Michael Graves. Nurmagomedov’s chain-wrestling is far more than “Nite Train” can handle and Gooden lacks the Brazilian jiu-jitsu chops to exploit the Dagestani’s leaky submission defense.

As entertaining as he is, Modestas Bukauskas is a deeply flawed fighter who largely relies on his cardio to succeed. His poor cage awareness often leads to him getting stuck against the fence, which makes him a prime target for Oleksiejczuk’s pressure and power-punching. I like the Pole to score a brutal finish, so be sure you’re in position to profit.

Abu Azaitar would lose Marc-Andre Barriault even at the best of times — the German is little more than a power-puncher with functional wrestling. These are not the best of times, as “Gladiator” hasn’t fought in nearly three years thanks to United States Anti-Doping Agency (USADA) and other issues. Barriault may have three losses in four Octagon fights, but all three of the men he lost to would smash Azaitar with relative ease. In short, “Power Bar” by mauling.

Thoughts: I said you should bet on Miranda Maverick the last time she was booked to fight Gillian Robertson and my argument stands. Lethal as “The Savage” is on the mat, she’s proven ineffective against opponents she can’t reliably take down. Maverick — a standout wrestler who seems to have fixed the early-career flaws that resulted in her two professional defeats — certainly fits the bill. Maverick also has the mauling striking to punish Robertson’s limited stand up, making her a safe investment.

A Sean O’Malley/Jamie Mullarkey parlay might not go astray, either. Speaking as a devoted and long-time Thomas Almeida fan, “Sugar’s” going to knock his block off, and Mullarkey has the chin to absorb Khama Worthy’s best shots en route to grinding him out.