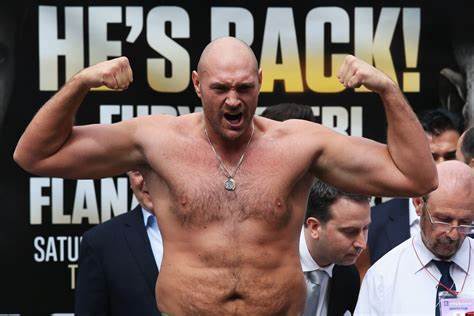 The biggest boxing match of the year — literally — is now official after WBC and The Ring heavyweight champion Tyson Fury and WBA, IBF, WBO, and IBO titleholder Anthony Joshua put pen to paper for a two-fight deal, though a date and location have yet to be worked out.

“We’d like to get a site deal confirmed in the next month,” Eddie Hearn told ESPN. “The hard part is always getting everybody to put pen to paper. But this was a major effort from all parties to get this over the line. You had rival promoters, rival networks and rival fighters… We’ve already had approaches from eight or nine sites. The offers have come from multiple countries in the Middle East, from Asia, Eastern Europe and America.”

Fury (30-0-1, 21 KO) went to a split draw with Deontay Wilder in late 2018 then put together three straight wins, including his rematch against “The Bronze Bomber” in Feb. 2020. As for Joshua (25-1, 22 KO), he was upended by Andy Ruiz Jr. in June 2019 but managed to right the ship in their immediate rematch before starching Kubrat Pulev last December.

What about those reports of Fury quitting his training?